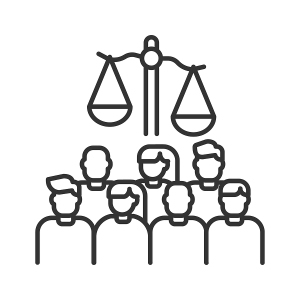 Dr. Daphne Haas-Kogan, chair of the department of radiation oncology, and author of the study, first noticed racial disparities in accessing proton therapy years ago while working at the University of California, San Francisco. With few proton therapy facilities available on the west coast then, patients often had to travel far from their homes for treatment, and many of them came from wealthy, white families with the resources to afford it, she notes.

“The study doesn’t give us insights into the ideology of the disparity in black children receiving this sophisticated form of radiation less than others,” Haas-Kogan told HCB News. “One, however, might imagine that there are many disparities of both individual biases and systemic disenfranchisement that all intertwine from socioeconomic to educational disparities, that may contribute to black children being treated with proton therapy less than white children.”

Together with her colleague, Dr. Danielle Bitterman, a resident in the department of radiation oncology at Brigham and Women's, they examined data from patients in Children’s Oncology Group prospective trials between 2010 and 2018, and found approximately 85% of 1,240 patients underwent conventional photon therapy and the other 15% received the more advanced proton therapy.

The study did not evaluate survival or patient side effect outcomes, and therefore, cannot determine the clinical effect of the imbalance in access. It does, however, indicate that black children with solid cancers may be at higher risk for more side effects, some of which can be severe and lifelong. The authors chalk this up to geographic challenges, which can impact the ethical distribution of high-cost technologies, and possibly provider bias and racism that influence referral and treatment patterns for high-cost medical treatments.

“There are individual biases we may not be aware of, but it’s obviously imperative for us to examine openly and deeply to make sure we do not perpetuate such disparities in healthcare and in other realms as well,” said Haas-Kogan.

Bitterman asserts that the disparities result from major systemic issues, with cost often being the main issue. She says that universal access to healthcare could help alleviate this barrier to proton therapy, which is too costly for most people to pay out-of-pocket.

“We also don’t have a national unified way to decide who gets access,” she told HCB News. “When we have to ration out resources like proton therapy or any other high cost treatment that is not equally distributed throughout the country and requires a lot of money to access, we don’t have a good national strategy to decide who would benefit most from it and decide based on their medical needs.”