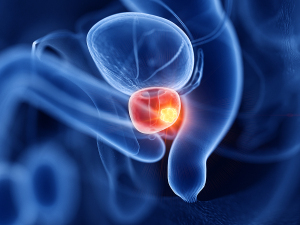 HIFU has shown 'adequate control' over prostate cancer, while helping patients avoid side effects associated with radiation therapy and radical prostatectomy
In a new study, the use of noninvasive high-intensity focused ultrasound (HIFU) allowed nearly 90% of men with localized prostate cancer to avoid or delay surgery or radiation.

The University of Southern California, Los Angeles team is calling their research the "initial and largest" investigation into the use of HIFU focal therapy as a primary treatment for localized prostate cancer in the U.S.

"We believe these data represent the actual clinical practice in the United States," wrote Dr. Andre Luis Abreu of USC, Los Angeles and his colleagues. "This study provides the initial U.S. HIFU data to prostate cancer stakeholders, including clinicians, patients, and the FDA."

Getting the green light from the FDA in 2015 for prostate tissue ablation, HIFU technology has grown in availability across the U.S. and is an alternative to invasive procedures such as radical prostatectomy, as well as radiation therapy. While able to effectively treat cancer, both come with high rates of side effects, including impotence and incontinence.

The researchers applied HIFU on 100 men with localized prostate cancer. The average age for patients was 65, and outcomes were assessed over a median of 20 months following hemi-gland HIFU ablation of the prostate. The primary outcome of interest being treatment failure, including recurrent prostate cancer, the need for radiation treatment or radical prostatectomy to remove the entire prostate, or the occurrence of prostate cancer metastases or death.

Nearly three-fourths of the men (73%) were free of treatment failure at follow-up, and 76% showed no signs of “clinically significant” prostate cancer. Those who responded to validated questionnaires maintained proper sexual function and experienced improved urinary symptoms. All patients were continent after treatment, and despite minor complications in 13% following HIFU, no serious complications, fistulas, blood transfusions or deaths occurred.

The study was published in The Journal of Urology, the official journal of the American Urological Association (AUA). The journal is published in the Lippincott portfolio by Wolters Kluwer.