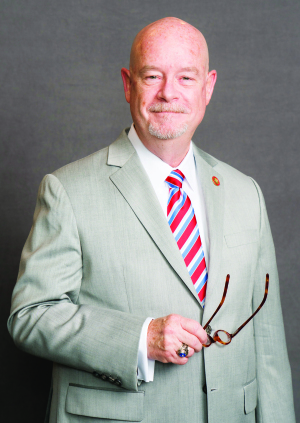 My interview with ASTRO president and incoming chair, Dr. Thomas Eichler, took longer than scheduled. The bio he provided before our call offered a lot of interesting background (which we’ll get into), but the mention that he’s an avid reader meant the conversation veered off course at the start. After 10 minutes discussing our favorite works, preferred “Top 100” lists and the authors we revisit time and again, we began our interview, where I learned more about Dr. Eichler's background, what he hopes to achieve as ASTRO Chair and what’s new with the organization ahead of its Annual Meeting this October. Read on to learn more.

HCB News: Who or what inspired you to follow a career in healthcare?
Dr. Thomas Eichler: There wasn’t any single individual that inspired me to go into medicine. It was the love of the work itself. When I graduated from Notre Dame in 1974, I ended up taking a job at a local hospital as an orderly. Very quickly, I became enamored with the potential for a career in medicine. The event while I was working there that stands out most was being able to scrub in for an emergency appendectomy in the middle of the night. I’d never seen an operation before, and it fascinated me. I saw firsthand that medicine could be an exciting and rewarding career. It’s intellectually challenging and stimulating, you’re responsible for the health and well-being of another human being and you have dozens of career options. I quickly settled on medicine as a career path, although I also took a fairly circuitous route to enter medical school.

After a rejection in 1977, I “ran away” and joined a theatre company in Ohio, where I worked as a stage manager and subsequently met my wife. After moving to the D.C. metro area in 1980, our parents met for the first time at our engagement dinner. I excused myself for a minute and came back to find that my future mother-in-law and my father had decided that I was going to be a cardiologist. While I had to say that it wasn’t in the cards right then, I did eventually reconsider my career path. I entered medical school at the Medical College of Virginia in 1983 as one of the oldest first-year medical students in my class.

HCB News: How long have you been a member of ASTRO?
TE: You’re a member-in-training when you are a resident in radiation oncology. When you finish residency, you’re offered the opportunity to join as an active member. For me, that was in 1992.

HCB News: Why did you decide to be chair of the organization?
TE: I grew up in a family where service and politics tended to intersect quite often, and I’ve always been involved in the nuts and bolts of organizations that I belonged to over the years. For instance, I managed campaigns in high school and college, and I served as the president of my medical school class in our third and fourth years. It was a natural continuation of that habit with ASTRO as I became increasingly involved through a variety of committee assignments, with an emphasis on advocacy and health policy reform. When I was elected to join ASTRO's board of directors, I saw up close the potential to serve our field and our patients as chair.
1(current)
2
3
4