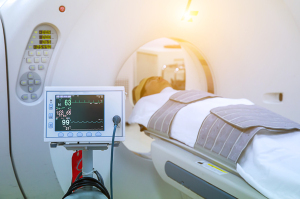 The finding, made by researchers at the American Cancer Society, aligns with previous studies that have reported underutilization about this form of screening, which has been recommended for people with a heavy smoking history since 2013.

Lung cancer is the leading cause of cancer-related deaths in the U.S. and an estimated 135,720 people were expected to die from it in 2020. Working with the National Lung Cancer Roundtable, the American Cancer Society assessed screening with LDCT rates and growth in all 50 states, including Washington, D.C. from between 2016 and 2018. They also evaluated how states’ lung cancer screening rates correlated with lung cancer burden, sociodemographic status, and access to lung cancer screening.

Northeastern states with lower lung cancer burden had the highest screening rates at 12.8% – 15.2%. Among them were Massachusetts, Vermont and New Hampshire with <44 lung cancer deaths per 100,000. Southern states such as Mississippi, West Virginia and Arkansas had >50 lung cancer deaths per 100,000, with lower screening rates of <4%. Screening rate ratios were lower in eight states, most of which were in the West or South and 50% higher in 13 states, mostly in the Northeast or Midwest.

An exception was Kentucky, which holds both the highest lung cancer death rate and one of the highest lung cancer screening rates at 13.7% in the U.S. “The increasing but low utilization of lung cancer screening reflects both ongoing efforts to screen eligible adults, and the many challenges to do so,” said Dr. Stacey Fedewa of the American Cancer Society in a statement. “Kentucky, which has supported screening implementation efforts, is unique as its screening rates are over twice the national average and four times that of other high lung cancer burden states like West Virginia and Arkansas.”

The findings were published in JNCI: The Journal of the National Cancer Institute.