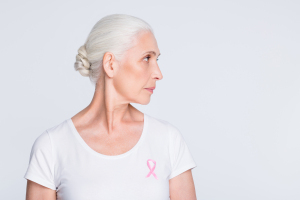 A 10-year follow-up to the PRIME II study, which evaluated women age 65 and over with low-risk breast cancer, found similar survival and distant metastsis rates among those who received postoperative radiotherapy and those who did not. It also, however, recorded higher rates of local recurrence for those who did not.

"While there is a higher risk of local recurrence, these recurrences can mostly be successfully salvaged by further local excision and postoperative radiotherapy or mastectomy," Ian Kunkler, a professor of clinical oncology at the Western General Hospital for the University of Edinburgh, told HCB News.

The PRIME II study evaluated 1,326 patients with non-metastatic, HR-positive breast cancer between 2003 and 2009. All underwent breast-conserving surgery and were receiving adjuvant hormone therapy. A five-year follow-up showed greater rates of local recurrence in non-radiotherapy patients but no substantial discrepancies in overall survival, distant metastasis or new breast cancers between both arms.

Kunkler says the finding suggest that omitting radiotherapy "can be an option for low-risk patients with T1-T2 grade 1-2, node negative, HR-positive women, 65 and over, who are receiving adjuvant endocrine therapy."

As the study had only a few patients with grade 3 tumors, he warns the findings may not apply to patients with high-grade tumors. Data on comorbidities or adherence to adjuvant hormone therapy was also not assessed.

The findings were presented at the 2020 San Antonio Breast Cancer Symposium.