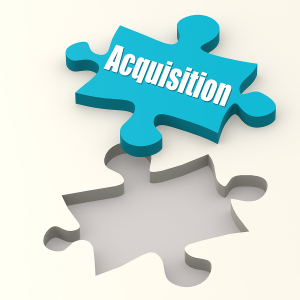 The acquisition was announced back in September, and was finalized on December 15.

“Together, we will continue to elevate radiologists’ role in our healthcare system as we advance our mission to transform radiology,” said Rich Whitney, chairman and CEO of Radiology Partners, in a statement.

MEDNAX announced plans to divest its radiology division this past June as part of restructuring plans, which also included a return to its previous name, Pediatrix Medical Group.

The deal between it and RP brings more than 2,400 radiologists, with MEDNAX adding more than 300 onsite radiologists, primarily in Connecticut, Florida, Nevada, Tennessee and Texas, and more than 500 teleradiologists in all 50 states to RP.

It provides both companies with more resources to set up large-scale clinical programs and produce new technology solutions. Patients and clients are expected to have access to more subspecialty offerings and costs across RP practices are anticipated to go down. The acquisition is also expected to provide opportunities to develop and elevate radiology leaders.

With the deal completed, MEDNAX will report operating results of MEDNAX Radiology Solutions as discontinued operations. It does not expect any material tax impact on the proceeds of the acquisition. The proceeds will go toward its debt, which, as of September 1, 2020, totals $1.75 billion and consists solely of its senior notes and cash on hand of approximately $260 million. This brings its net debt to approximately $1.49 billion.

Founded in 2015, MEDNAX Radiology Solutions equips hospitals, clinics, imaging centers and referring physicians with on-the-ground and in-the-cloud radiology services that are used to interpret 11.8 million exams annually. RP was founded in 2012 as a physician-led and physician-owned radiology practice in the U.S., serving nearly 3,260 hospitals.