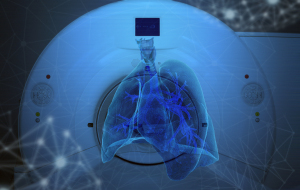 The team made the claim at a plenary session of the International Association for the Study of Lung Cancer meeting, where it listed several strategies for reaching this objective. The goal aligns with that of the Lung Ambition Alliance, which aims to not only double five-year survival for lung cancer by 20% in the next four years but “eliminate” it “in the long term” as a cause of death.

“The real issue is the lack of awareness [in] understanding the benefit and effectiveness. The guidelines are not very well-acknowledged by the physician,” said Dr. Scagliotti, professor of medical oncology at the University of Torino and interim chief science officer of the IASLC, in a statement.

Only 42% of surveyed physicians at academic centers view screening as very or moderately effective, despite large studies such as NELSON, NLST and MILD demonstrating lung cancer mortality reduction with low-dose CT.

Scagliotti says a typical hospital might diagnose 30 cases from screening approximately 2,000 high-risk individuals annually. Add in approximately 10,000 CT scans for other reasons, and that facility is likely to find another 2,000 incidental pulmonary nodules, with 150 requiring additional follow-up that results in 40 to 50 confirmed cases. In all of these, 73% would likely be stage I or II as opposed to just 30% among the 250 to 500 annual cases diagnosed by oncologists in unscreened patients. Currently 60% to 65% of patients with lung cancer receive stage III or IV diagnoses, meaning that one-third are unaware of their disease when radical surgery, either alone or with adjuvant therapy, could cure them.

To remedy this, he and his team recommend solid screening and follow-up programs. They caution, however, that there needs to be a “diagnostic pathway using patient clinical charts information” due to two-thirds of incidental nodules posing no danger, and that the best way to go about this is by creating a risk-stratification algorithm that incorporates American College of Chest Physicians guidelines for solitary pulmonary nodules to distinguish benign from malignant nodes.

Such an algorithm is currently being designed by the IASLC’s Early Lung Imaging Confederation with the use of its imaging database and computation analysis environment, which are designed around the study of quality-controlled, CT chest images and associated biomedical data collected from institutions worldwide.

Scagliotti expects radiomics, liquid biopsies and other biomarkers, and artificial intelligence to improve prevention and survival rates. “We have positive data for lung cancer screening studies, a better understanding of cancer biology, [and we’ve started] looking to molecular tools to detect minimal residual disease after surgery or radical induction treatments.