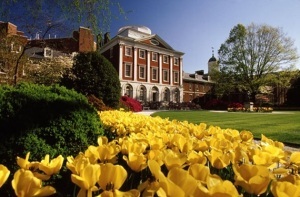 Rakeem Anderson, 35, was arrested last Tuesday afternoon after stabbing the unnamed, female physician multiple times in the head and face while she was conducting an exam on him. He is charged with aggravated assault, possession of an instrument of crime, simple assault and recklessly endangering another person. The doctor is reported to be in stable condition, according to NBC 10 Philadelphia affiliate, WCAU.

“I would venture to say 80% or most of us have either been assaulted or been the victim of some sort of violence by a patient,” Dr. Theodore Christopher, chairman of the department of emergency management at Jefferson and past president of the Philadelphia County Medical Society, told CBS3 Philadelphia affiliate, KYW-TV. He described the incident as shocking but not surprising.

Anderson has an active bench warrant in Delaware County and is reported to have continued attacking the doctor even when her coworkers pulled him away from her. A motive for the assault is still unknown, but Philadelphia District Attorney Larry Krasner has requested Anderson be held in custody with a requested bail amount of $999,999, and has asked that he be ordered to undergo a mental health evaluation, reports WCAU.

Penn Medicine, which manages the hospital, said in a statement that it is working with police in its investigation into the incident. “Swift action by hospital staff ensured that the physician received immediate care, and they are in stable condition. There was no danger at any time to other patients or staff in the hospital.”

Violence against healthcare workers is a rising epidemic, according to the American Journal of Managed Care, which reports that three out of four workplace assaults are against medical professionals. Many are already facing pressure and challenges in their work due to the ongoing COVID-19 pandemic. The AJMC says COVID is partially responsible for the rise in attacks.

Pennsylvania Hospital says its operations are back to normal and has requested specific security measures be put in place at this time.