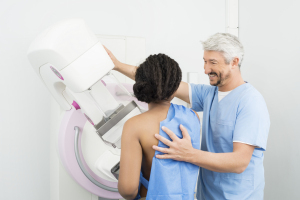 New research claims that breast cancer centers are starting to screen women at age 40, against recommendations by national societies to begin screening at age 50
Recent publications in JAMA Internal Medicine lamenting the "low value" of breast screening for women under 50 has caused a stir with screening advocates, including the ACR.

At the core of the JAMA letter and editorial are analyses indicating that 87% of breast cancer centers surveyed begin screenings at age 40. The analysis also found that only 12% of the centers recommend shared decision-making between a woman and her primary care provider on when to start screening and how often to have it done.

The researchers, like the United States Preventive Services Task Force (USPSTF) and the American Cancer Society (ACS), make the case that screening women at age 40 leads to "false positive findings, unnecessary biopsies and operations, anxiety and discomfort, overdiagnosis and overtreatment of indolent cancers, and costs of low-value care."

The American College of Radiology issued a statement in response, stating these risks are "overstated," and that previous research with overdiagnosis claims are "not well-founded" and "inflated".

An editorial by another research group at the University of California, San Francisco advises centers that can profit from increased mammography rates to reconsider "offering recommendations that create greater referral volume but conflict with unbiased evidence-based USPSTF guidelines, and have the potential to increase harms among women."

ACR, meanwhile, says the notion that financial incentives may be driving local site screening recommendations — with no evidence to back up any such claim — "is outrageous and insulting to the medical professionals working to save lives from the nation’s second leading cancer killer in women."

It also points out that, under the Affordable Care Act, the USPSTF recommendations guide insurance coverage determinations. So, if left unchanged, those guidelines could have direct consequences for patients under 50 who are seeking breast cancer screening. For now, those guidelines are under federal moratorium.

ACR, the Society of Breast Imaging, American Society of Breast Surgeons and American College of Obstetricians and Gynecologists all recommend screening begin at 40 because research has found doing so could prevent thousands of unnecessary deaths and advanced breast cancer cases.