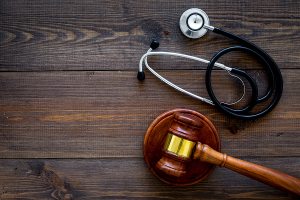 Dr. Raymon Brovont took two subsidiaries of EmCare, one of the largest hospital ER staffing businesses in the U.S., to court in 2018 after the company terminated him for repeatedly reporting that a single physician, under EmCare’s direction, was left at night to cover both the regular and pediatric emergency departments at Overland Park Regional Medical Center, according to KCUR 89.3, a Kansas NPR affiliate.

“So we just collected it. It was a complete win,” Brovont’s attorney Michael Ketchmark told KCUR 89.3.

Brovont was originally awarded $29 million, including $20 million in punitive damages, by a Jackson County jury but the trial judge cut the amount in half in accordance with Kansas law, which caps punitive damages.

An appeal from both sides led the Missouri Court of Appeals in October to rule against the trial judge’s decision to implement Kansas law against EmCare’s Missouri subsidiary. The Kansas cap still applied to the other EmCare subsidiary, but post-judgement interest brought the final amount to $26 million, reported KCUR 89.3.

The Missouri Supreme Court refused to hear the case, upon request by EmCare, ending the litigation.