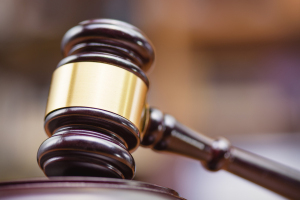 Dr. Francis Joseph, 56, was indicted Wednesday for allegedly transferring approximately $118,000 in COVID relief funding from one of his medical clinic’s accounts into his personal bank account. The funds from the medical clinic’s account came from the Accelerated and Advance Payment Program and the Provider Relief Fund, two programs designed to help medical providers throughout the pandemic, according to the U.S. Department of Justice.

He is also accused of applying for a $179,000 loan under the Paycheck Protection Program (PPP) on behalf of the clinic after he was terminated and spending the money (along with the clinic funds) on travel, home improvements and other things.

In addition, Joseph is accused of making false statements about bankruptcy proceedings he filed on behalf of the clinic following his termination and unbeknownst to it. He is said to have submitted documents that contained materially false statements regarding his misappropriation of funds from the clinic in connection with that proceeding.

Joseph was previously convicted in 2006 for a "felony or crime of moral turpitude," according to MedPage Today.

Joseph's license lists a 2006 conviction for a "felony or crime of moral turpitude" in Douglas County, Colorado, but further details were unavailable.

The indictment is the second in the U.S. to bring criminal charges for the misuse of provider relief fund money and the first with charges connected to fraud of the Accelerated and Advance Payment Program.

He is scheduled to make his initial appearance in the court on May 25 and faces a maximum penalty of 10 years in prison for each theft, 20 years for wire fraud and five years for the false statements.