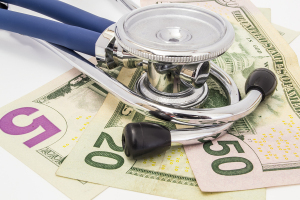 The move will eliminate all liens and judgements filed against any household making less than 400% of the federal poverty level, which is equivalent to $106,000 for a family of four. The decision is in response to a 2019 Kaiser Health News report that found UVA Health filed lawsuits for decades amounting to tens or hundreds of thousands of dollars.

It is expected to benefit tens of thousands of families and make UVA Health's policies more generous compared to those of other healthcare systems, reports The Washington Post.

“This is very significant and a much-needed and overdue step,” said Erin Fuse Brown, a law professor at Georgia State University who studies hospital billing. “I don’t know if I’ve heard of that [lien abolition] happening anywhere else.”

The elimination of the lawsuits should account for most of the filed liens and judgements. It is expected to benefit tens of thousands of families. Most who have already paid money, however, will not be reimbursed.

In addition to the suits it filed for decades, the 2019 KHN report revealed UVA Health sued patients 36,000 times over six years for more than $100 million, far higher than what an insurer would have paid for their care. It also renewed claims dating back to the 1990s. Upon winning cases, the health system would seize wages and value of patient homes when they were sold. Upon the publication of the investigation, UVA Health limited its collections lawsuits and suspended lawsuits against patients and wage garnishments, increased discounts for uninsured, and broadened financial assistance, including for cases dating to 2017.

The number of outstanding UVA Health judgements is unknown. While not using property liens to foreclose on patient homes, the hospital seized money owed with 6% interest from home equity when home sales were settled.

Cancelling the suits and liens should take more than a year, with changes to billing and collections costing the system $12 million a year, including for improvements in financial assistance it announced in late 2019 in the wake of the KHN investigation.

It has also agreed to stop blocking enrollment of university students with outstanding balances at the health system — another practice revealed in the KHN report.

An advisory council of UVA officials and community leaders has been formed to consider permanent changes.

UVA Health will continue to use the courts to recover money owed from families making over 400% of the poverty threshold.