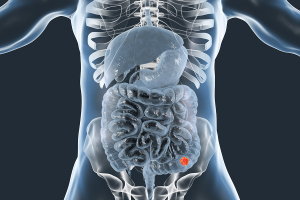 The recommendation means insurers will have to cover screenings for those 45 and older, and comes in response to a rise in young-onset CRC, according to the Task Force.

“Far too many people in the U.S. are not receiving this lifesaving preventive service,” said Task Force vice chair Dr. Michael Barry in a statement. “We hope that this new recommendation to screen people ages 45 to 49, coupled with our long-standing recommendation to screen people 50 to 75, will prevent more people from dying from colorectal cancer.”

Along with strongly recommending people between 50 and 75 get screened, the USPSTF recommends the decision to screen adults between 76 and 85 be made on an individual basis. All three final recommendations apply to adults without symptoms and who do not have a personal history of colorectal polyps or a personal or family health history of genetic disorders that increase their risk for colorectal cancer.

Choices of screening include direct visualization tests such as CT colonography and stool-based tests, according to the new final recommendation. But about a quarter of people between 50 and 75 have never been screened, despite strong evidence that doing so is effective. Black adults are especially encouraged to get screened, as they are more at risk of developing colorectal cancer than other races and ethnicities, and are more likely to die from the disease.

“The New USPSTF B recommendation for adults ages 45 to 49 means that millions more Americans will receive private insurance coverage for this vital screening. Expanded coverage will help medical providers save more lives,” said Dr. Judy Yee, chair of the American College of Radiology Colon Cancer Committee, in a statement.

The Task Force’s final recommendation statement and corresponding evidence summary and modeling analyses were published online in the Journal of the American Medical Association.