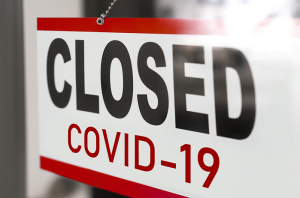 Zurich American Insurance, affiliate of American Guarantee and Liability Insurance Company, is being sued by Carilion Clinic for the recovery of over $150 million in pandemic-related losses, while facing hundreds of millions of dollars more in lawsuits by other corporate policyholders.

The lawsuit, filed in March by Carilion, alleges that AGLIC effectively denied coverage by declining to cover or conduct a meaningful investigation to determine the validity of the claims submitted — purportedly in excess of $150 million.

The Virginia-based healthcare system is reported to have paid $874,863 annually for its AGLIC “all risk” commercial property insurance policy, which, according to Carilion, was represented as covering “[a]ll risks of direct physical loss of or damage from any cause unless excluded”.

The lawsuit alleges economic damages suffered by Carilion as a result of the COVID-19 pandemic, much of which arose from various mitigation and amelioration measures that were seen as necessary in order to comply with legal orders and to help ensure the safety of patients and staff.

Attorneys for AGLIC have filed a motion to dismiss the case in federal court, arguing that the policy only afforded coverage for more traditional damage to physical property such as what is typically incurred as a result of a fire or a flood.

“A virus does not require property to be repaired, rebuilt or replaced,” AGLIC’s attorneys argued in their motion.

However, attorneys for Carilion interpret the policy much more expansively, arguing in their complaint that AGLIC’s more limited understanding of the afforded coverage is contrary to how the policy was written, marketed, and represented to AGLIC’s customers.

Although the original language of the policy includes an exemption for contamination that specifically excluded damage as a result of viruses or pathogens, Zurich updated the policy in June of 2019 with the aptly named “Virus Deletion Endorsement”, effectively replacing the prior list of excluded sources of contamination with a list of possible contaminants that no longer include any mention of viruses or pathogens.

As argued by Carilion, the Virus Deletion Endorsement was apparently meant to amend the policy language so as to expand coverage to include, what was considered at the time, the reasonably remote risk of policyholders incurring significant damage resulting from viral contamination.
1(current)
2