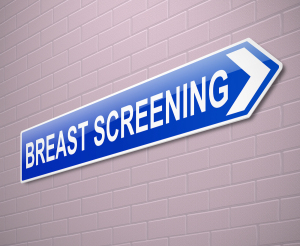 Foregoing recommended cancer screening puts patients at risk of developing a disease that may go undetected until it’s too late. From lack of awareness to lack of opportunity, there are plenty of hurdles that may prevent these exams from taking place. So, if a patient who is due for screening happens to already be hospitalized, why not perform the exam while they’re there?

Researchers at Massachusetts General Hospital asked this very question, and what they found provides reasons to be optimistic. We talked to Dr. Andrew Hwang, lead author and internist, about their results.

HCB News: Earlier this year, you published a study looking at how mammography screening could be performed on hospitalized patients who might not otherwise schedule screening exams. What did you find?
Dr. Andrew Hwang: Our study demonstrates that it is feasible to address preventive care needs, such as breast cancer screening, while patients are hospitalized. This could be an especially important strategy for improving breast cancer screening rates among vulnerable patients who struggle to complete their mammograms in the outpatient setting due to various psychosocial barriers to care. 35% of the women who completed the inpatient screening mammogram never had a screening mammogram before and patients were, on average, four years overdue for their screening.

HCB News: What kind of response did you get from the patients when you offered screening?
AH: While we did not do any follow-up interviews with the inpatient providers or patients to determine the reason why some patients declined screening mammography, it was encouraging to see that 80% of patients who were offered the test were willing to pursue it. A prior study published in the Annals of Family Medicine by Dr. Waseem Khaliq and his colleague at Johns Hopkins found that out of the 250 hospitalized patients who were surveyed, 77% reported that they would be amenable to inpatient screening mammography and 72% of those who were amenable expressed willingness to pay extra money to get the mammogram done. 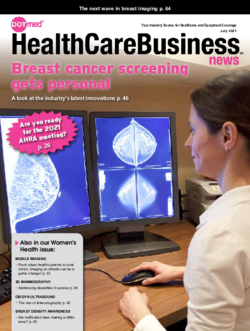