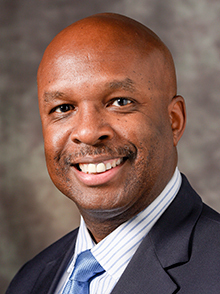 Dr. Leon Haley
Dr. Leon Haley, CEO of UF Health Jacksonville and dean of the University of Florida College of Medicine, has died in a jet skiing accident.

The 56-year-old perished Saturday after being ejected from a jet ski in Palm Beach Inlet's South Jetty, confirmed the Florida Fish and Wildlife Commission (FWC) to Action News Jax.

“A man was ejected and pulled from the water with significant injuries, the crew commenced CPR, he was transported to the hospital with a faint heartbeat but was DOA [dead on arrival],” the coast guard told Action News Jax.

An investigation into his death is ongoing, but an incident report says that witnesses told first responders that Haley’s jet ski was “out of control” when it crashed into a jetty. At the time, Haley was wearing a life jacket and using a 2021 10-foot Yamaha Jet Ski, according to FWC.

He is survived by his parents, Elizabeth Ann and Leon Haley Sr.; his sister, Lisa Haley Huff; and his children, Nichelle, Grant and Wesley.