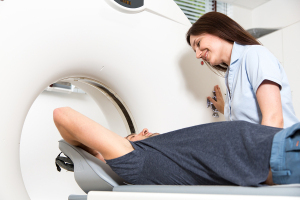 The MARCA bill would ensure radiologist assistants are reimbursed in full, regardless of their work setting, and would allow them to perform more tasks
While other medical groups have thrown their support around the recently proposed Medicare Access to Radiology Care Act (MARCA), the American College of Radiology is staying neutral and says it will neither support nor oppose the bill until it has a better understanding of it.

Proposed in June by U.S. Rep. Mike Doyle, (D-Penn.), MARCA calls for radiologist assistants to be reimbursed in full regardless of where they perform their work. While certified to perform radiologic assessments and certain procedures traditionally done by radiologists, RAs are limited in what services they can actually provide, based on their work setting, state scope of practice, supervision regulations and licensure requirements. This subsequently impacts reimbursement, with RAs in different settings billed differently.

If passed into law, the bill would include an RA component that would amend the Social Security Act, which oversees payment regulations for RA services, and align federal payment policy to match state licensure laws. This would allow RAs in hospitals, ambulatory surgery centers and other healthcare facilities to be reimbursed uniformly and in full, according to the American Society of Radiological Technologists.

“The adoption of this language would allow RAs to practice to their full ability and enable radiologists to devote more focused time to reviewing and interpreting complex medical images or urgent cases,” said the association in a statement.

RAs are not certified to interpret images, and the bill would not give them permission to do so or practice independently. It also would not reimburse them independently of the radiologist-led team, with payments made out to the supervising radiologist.

In addition to ASRT, other groups behind the bill include the American Society of Radiologic Technologists and the Society for Radiology Physician Extenders. ACR, however, says it has heard different opinions on the matter from its members and will therefore not lobby Congress either way. It intends to conduct additional listening sessions and gather more information through a member survey on MARCA before issuing an official policy on it.

It says it will instead focus on other priorities, including reducing potential reimbursement cuts in the 2022 Medicare Physician Fee Schedule Proposed Rule, including “Medicare evaluation and management income redistribution and changes to the clinical labor formula that would devastate interventional radiology and radiation oncology.”

Doyle previously proposed a bill in 2019 that would reimburse RAs in hospitals and office settings for non-imaging services and for imaging services performed in hospitals. The 2019 Medicare Physician Fee Schedule also allowed RAs to perform diagnostic tests under direct supervision instead of personal supervision, meaning that radiologists did not have to be present in the room but in the facility. This freed up radiologists to focus on other tasks.