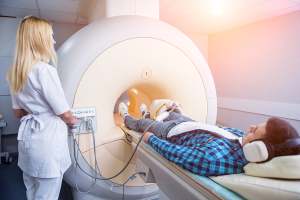 The radiology practice argued that the clinic, an orthopedic center, should not be allowed to operate the system because it bypassed the appropriate process to acquire its certificate of need (CON) for whole-body imaging, and did not give competitors a chance to vie for use of the system, as is required by law, according to Carolina Journal.

But Judge Richard Dietz and his two co-judges rejected the claim. “The role of the courts is to interpret statutes as they are written. We cannot reject what is written to avoid a loophole that we, or the parties in a lawsuit, believe might undermine the legislature’s policy goals,” he wrote in his judgement on the case.

CON law allows all interested medical providers to apply for the right to acquire the same piece of equipment in the state, with providers competing in a complex regulatory process for the state’s approval to obtain the equipment.

The clinic gained approval for the new machine after another scanner it had was destroyed during a move. A “demonstration project” enacted by the state limited use of the original scanner to only extremity scans. Permission for the more advanced system was granted on the condition that it could only be used “for the limited functions” in the existing certificate of need for the original. Following the elimination of the demonstration project, the Bone and Joint Clinic applied for a new CON without the existing restrictions so it could use the machine to its full potential.

Wake Radiology argues that this loophole allowed the clinic to unfairly obtain the machine without giving it and other providers the opportunity to compete to acquire it.

An administrative law judge initially ruled against Wake Radiology, which took the case to the Appeals Court. While Dietz used the word “loophole” during oral arguments for the case back in August, he ultimately found the clinic to be within its legal rights. The other judges, Allegra Collins and Fred Gore, signed on to his opinion.

“That is not a concern for this Court,” wrote Dietz in his ruling on the case. “We interpret the law as it is written. If that interpretation results in an unintended loophole, it is the legislature’s role to address it.”

Wake Radiology has the option to appeal the ruling to the NC Supreme Court. As the Appeals Court decision was unanimous, the high court can refuse to hear the case.