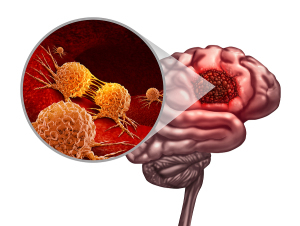 Alpha DaRT (Diffusing Alpha-emitters Radiation Therapy) is designed as a highly potent and uniquely conformal form of alpha-irradiation for solid tumors. It is applied through the intratumoral insertion of Radium-224, which enables the release and diffusion of alpha-emitting radioisotopes, which in turn release alpha particles that destroy the tumor. Because alpha particles diffuse a short distance away from tumors, treatment mainly affects tumors and spares healthy surrounding tissue.

GBM is an aggressive malignant brain tumor, with an average five-year survival rate of less than 10%. It is the most common malignant tumor of the brain or central nervous system. "As GBM is such a terrible disease, it is critical that we find new solutions for these patients, and we are thrilled that receipt of the FDA's breakthrough device designation will allow us to expedite our clinical collaborations with leading cancer centers in the U.S. and across the world, and to bring new hope for GBM patients,” Alpha Tau CEO Uzi Sofer said in a statement.

Breakthrough device designation is granted when preliminary clinical data suggests a device may be more effective than the current standard of care in clinical efficacy, safety or quality of life in patients. It expedites the review process and allows for a device designed to treat life-threatening conditions to undergo a clinical trial.

It is the second breakthrough device designation for the treatment. The first came in June for skin cancer without curative standard of care. The designation specifically applies to the treatment of squamous cell carcinoma of the skin and oral cavity.

In addition to its achievements with Alpha DaRT, Alpha Tau agreed in July to a SPAC merger with Healthcare Capital Corp., which has raised $275 million and is raising another $92 million in PIPE funding to support the merger, according to The Times of Israel. As part of the deal, Alpha Tau will be listed on Wall Street before the end of the year with a value of nearly $1 billion.