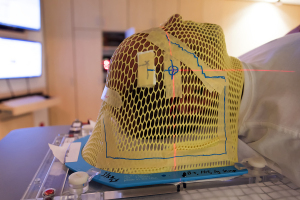 Historically, the Black community has experienced higher death and shorter survival rates due to cancer than any other racial/ethnic group. Obstacles such as limited transport access and the inability to take off work, have prevented them from completing treatment, according to the American Cancer Society.

In their study, the researchers implemented Accountability for Cancer Care through Undoing Racism and Equity (ACCURE), which comes from a clinical trial that is the first prospective study designed to stop interruptions to the completion of treatment and eliminate racial disparities in the survival gap. The ACCURE trial previously showed progress in reducing disparities in radiation therapy and surgery for early-stage breast or lung cancer patients. The researchers assessed whether by increasing completion rates, it also helped improve outcomes, especially in reducing racial survival disparities.

“Unless we ask what happens when an appointment or milestone is missed, we just don't know what's going on, and the patient may never come back to us. If we do ask, we often have systems in place that can address those barriers. We can provide transportation or provide a letter for the patient for work. We can overcome many barriers, both internal and external to our healthcare institutions, but only if we know what they are,” said lead author Dr. Matthew Manning, a radiation oncologist and chief of oncology at Cone Health, in a statement.

Comparing five-year survival for 1,413 patients with stages 0, I and II lung and breast cancer treated after the intervention to those of 2,016 treated before, they found survival for both Black and white patients rose from 89% and 91%, respectively, to 94% for both after system-level changes. Black patients treated for early-stage lung cancer saw survival go up from 37% to 54%, while whites saw it rise from 43% to 56%.

Among the changes made were the installation of an EHR with automatic alerts to flag missed appointments or unmet milestones in expected care; a nurse navigator trained in race-specific barriers to help patients overcome obstacles to care when alerts were made; a physician champion to provide race-related feedback to healthcare teams about the completion of treatment; and regular health equity education training sessions for staff.
1(current)
2