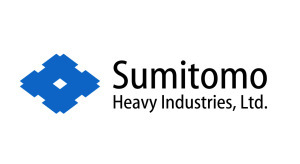 Sumitomo Heavy Industries (SHI) has developed a superconducting cyclotron that can generate a high-intensity proton beam of 1000 nA, the highest level for any proton therapy system in the world.

The cyclotron will be used for the next-generation proton therapy system that SHI is developing. The use of the high intensity proton beam at ultra-high speeds is expected to allow providers to treat tumors in the lungs and liver that move with the patient’s breathing patterns, while avoiding healthy, surrounding tissues and organs. It also is expected to increase the intensity of the proton beam more than 3,000 times and shorten irradiation time to less than one-third.

The solution additionally comes with superconducting magnets that reduce power consumption by 40%. Providers can then operate the proton therapy system at lower costs.

SHI has already successfully tested the cyclotron’s proton beam acceleration. It previously installed its cyclotron in 2016 at Samsung Medical Center in Seoul, South Korea. The system is designed to provide continuous and high-intensity proton beams, and has two rotating gantries. Samsung Medical Center has a provision room that allows for a third treatment room to be added with a rotating gantry in the future, and the system has two types of irradiation nozzles that deliver conventional broad-beam irradiation and advanced pencil beam scanning.

In March 2020, Sumitomo’s new radiotherapy product, the accelerator-based Boron Neutron Capture Therapy, was approved by the Japanese government for recurrent head and neck cancers. BNCT uses a boron drug that is absorbed by tumors. The device used to generate the neutron beams is much smaller than a proton accelerator.

Continuous technological innovation in the field of radiation therapy has led to safer and more accurate treatments for a wide range of solid tumors, according to Frederic Genin, the president of IBA Proton Therapy North America. In an editorial piece in September for HealthCare Business News, Genin said that an estimated 20% of current patients treated with radiotherapy may benefit from proton therapy. Among key developments anticipated are that proton therapy systems will continue to become more cost effective; proton planning and delivery will see significant advances; and exploiting the biological differences of protons will help improve treatments and patient stratification.

“Because protons have a finite range, it is important that accurate prediction of their range is performed to target the tumor,” wrote Genin. “Uncertainties in proton range are caused by imaging, patient setup, beam delivery, and dose calculation. Several developments are being made to reduce these uncertainties, reduce treatment volumes, and better utilize the advantages of protons.”