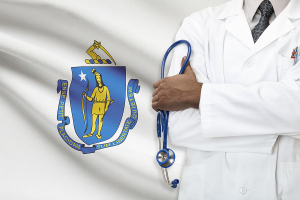 The Massachusetts Nurses Association, which represents over 700 nurses striking over poor patient care at the hospital, filed a request for the Massachusetts Department of Public Health to investigate a “troubling trend of potential patient dumping” that “put patients at serious risk for harm and affect the health and safety of patients,” reported news outlet Framingham Source.

According to the International Risk Management Institute, patient dumping is a statutorily imposed liability that occurs when a hospital capable of providing necessary medical care transfers a patient to another facility or turns them away, often due to an inability to pay.

Over the weekend of October 16, nurses on strike saw and assisted individuals in three separate incidents who appeared to be unattended or recently discharged from Saint Vincent Hospital, despite being in “various states of compromise,” the MNA wrote in its complaint. It also asked the DPH to investigate two other events in which serious harm was posed to patients because of hospital CEO Carolyn Jackson’s decision to close beds and services in an attempt to break the strike.

“The patients are under-resourced, physically fragile, and lacking agency and voice … more importantly, because of this the hospital has an obligation to ensure that these patients are properly assessed, stabilized and discharged in an appropriately safe manner irrespective of their insurance status or resources,” the MNA wrote in its complaint.

In one incident, striking nurse Patricia Warman aided a distressed patient lying on the ground outside the ED who was unable to stand. Warman contacted hospital security multiple times and called 911 twice but received no help from either. She and other strikers attempted to transport the patient somewhere for help when someone from the hospital came out and said they had called a cab for the person. This concerned Warman due to the disoriented state of the patient and their inability to stand.

A female patient was also seen wandering outside the ER, with no shoes, dressed in a hospital gown and hospital ID bracelet. Disoriented, the patient said she was discharged and waiting for a cab, despite having no money. Hospital security did not respond to assist, the nurses flagged down a police officer who escorted the patient back to the ED.
1(current)
2