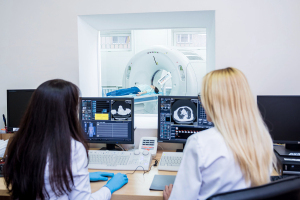 The NHS is increasingly relying on radiologists in Australia and New Zealand to read and interpret scans for its U.K. patients
In the midst of staff shortages, Great Britain’s National Health System is becoming more reliant on outsourcing medical scans as it continues to sift through long lists of patients waiting for hospital care.

The country has outsourced about 14% of its X-rays, CT and MR images to experts on the other side of the world in Australia and New Zealand. This is up from 5% six years ago and has resulted in out-of-service hours rising to more than 80%, according to LEK Consulting, an advisor for teleradiology practices.

The main cause of this greater need for outsourcing is the lack of available radiologists. The Royal College of Radiologists puts the U.K. at a shortfall of 33%, with an estimated 1,939 full-time consultant clinical radiologist posts unfilled.

Prior to the pandemic, 10% of patients were waiting more than six weeks for an MR. That figure rose to 21% in December 2020, according to the Financial Times. Staff shortages have also been identified as the main reason why 115,000 cancer patients in England are “diagnosed too late to give them the best chance of survival”, said the RCR.

Radiologists are short in demand worldwide, with the U.K. reporting only nine per 100,000 people, compared to the EU average of 12 and Greece which has the highest average at 31 per 100,000. The pandemic has only exacerbated this strain, with the U.K. entering it “at or near the bottom” for one-year and five-year survival rates from multiple cancers, including those of the stomach, colon, rectum, pancreas and lungs.

As a result, 91% of trusts and health boards sent a proportion of their scanning workload to teleradiology companies in 2020, says RCR. Altogether, this cost £206 million (over $279 million), which RCR argues is expensive. Additional costs include fees paid to overseas recruitment agencies.

RCR says that investments in its own training and overseas recruitment could help the government save £190 million (over $257 million) a year, or £420 million (over $569 million) by 2030, over the next decade. It adds that the current system creates financial inefficiencies and is only effective in the short term. Dr. William Ramsden, vice president for clinical radiology at the RCR, said that while vital for managing immediate demand, “more and more outsourcing to external suppliers is not the cure for insufficient radiologists on the ground”.

The government announced last week that it plans to help in this effort with a £248 million ($336 million) investment to digitize the NHS. Once completed, X-ray exports will be able to review high-resolution images remotely 24 hours a day without the need to be in an imaging laboratory. This, says the government, will help speed up the sharing of tests, images and results between hospitals, labs and GP surgeries over the next year, as well as allow for quicker detection of illnesses and reduce waiting times for treatment. Many hospital staff members welcome this change, as they are frustrated with the NHS’ inability to update its technology, with the healthcare service still relying on fax machines and dated computer systems, according to The Daily Mail.

Despite the push to tamp down on outsourcing, Eilert Heinrichs, partner at LEK Consulting, says that teleradiology should not be ruled out altogether, as it can help to address capacity shortfalls and provide specialized expertise. It also can allow clinicians on the other side of the world to evaluate scans in daytime for patients who utilize accident and emergency departments at night in the U.K. “It provides speed and quality and could address the capacity shortage.”

The U.K. has about 10 teleradiology providers, most of whom use trained radiologists part-time for the NHS, or have retired. They are sent scans and provided with the technology to complete analysis from home.