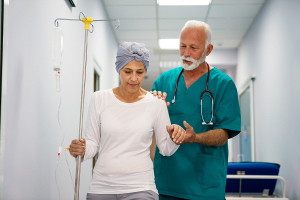 That’s what the American Cancer Society found in its new analysis that compared rates from both years to those of 2019. Mortality in 12 of 15 types individually went down. Cervical and stomach cancer, for instance, saw as much as a 70% decrease.

The decline has been attributed to the National Cancer Act of 1971, which allocated substantial resources to the National Cancer Institute as part of its aim to make defeating cancer a national priority. It has helped NCI increase its annual budget 25-fold, from $227 million then to $6.01 billion now. Largely, it helped increase awareness about the health hazard of cigarette smoking and improvements in tobacco control, early detection methods, and treatments, which were major factors in decreasing cancer mortality, says the ACS. What makes it even more significant is that 2021 marks the 50th anniversary since the law was enacted.

But death rates increased for some cancers, including pancreatic, and progress for brain and esophageal cancers was limited. Rates also rose in certain geographies, such as the South.

“The increase in cancer mortality in some parts of Southern states reflects weak public policies for tobacco control and access to care among other public policies. Southern states should strengthen their tobacco control policies by increasing tax on tobacco products and by implementing statewide 100% smoke-free laws. Many of these states have not expanded Medicaid through the Affordable Care Act, and they should expand it to reduce the unacceptably high proportion of uninsured low-income working adults in their states,” Ahmedin Jemal, senior vice president of surveillance and health equity science for ACS, in a statement, told HCB News.

He adds that raising the minimum wage could help people adopt a healthier lifestyle and combat obesity, and that the increase in pancreatic cancer mortality illustrates the need to continue investing more in its prevention, early detection and treatment. “For pancreas, brain, and esophageal cancers we need to increase investment to find out the underlying causes of these diseases to plan prevention. Also, we need to increase investment for developing new early detection methods and novel treatments for successfully treating these fatal cancers.”

The drops in death were also attributed to improvements in prevention, early detection and treatment. Lung, oral cavity, and bladder cancer deaths, for example, decreased because of reductions in smoking that were brought on by enhanced public awareness of the health consequences, increased cigarette excise taxes and smoke-free laws put in place. The latest Annual Report to the Nation on the Status of Cancer in July also recorded faster decreases in lung cancer deaths as well as considerable declines in melanoma deaths between 2001 and 2018 among men and women of all races and ethnicities in the U.S. This shows a substantial increase in survival for metastatic melanoma.
1(current)
2