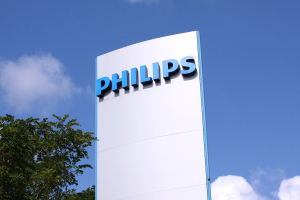 Back in June, Philips recalled some of its breathing devices and ventilators when it found that the polyurethane foam used to dampen the machines’ sounds may degrade and release small particles that irritate the airways and become toxic, potentially causing cancer. It announced in September that it would replace up to four million of these devices, as a result.

The request by the FDA came Monday, following an inspection of its Murraysville facility in Pennsylvania, where it found several new issues. It also says the company has failed to show why other devices made with the foam should not be recalled and that Philips’ procedures for design change may not be adequate, according to Reuters.

“We will work closely with the FDA to clarify and follow up on the inspectional findings and its recent requests related to comprehensive testing," Philips CEO Frans van Houten said in a statement.

The agency found between April 2016 and January 2021 that Philips was aware of 14 instances related to issues with potential foam degradation within its different sleep and respiratory devices.

While it initially approved a plan that Philips developed to replace the foam with a different silicone-based foam, the inspection at the plant revealed that the new foam failed one test on a device marketed for sale outside the U.S. The test was for the release of certain concerning chemicals, called volatile organic compounds, reported Bloomberg News. As a result, the FDA has requested that Philips conduct additional testing on the new foam in an independent lab to determine what, if any, potential safety risks it may pose.

Philips says the tests it has carried out on the replacement has shown acceptable results, and that it is already working with third-party test labs. It also has put aside 500 million euros ($572.50 million) in provision for the recall costs, and expects to complete testing on the original foam in the fourth quarter. The recall and related lawsuits resulted in lower financial results for the year, according to Reuters.
1(current)
2