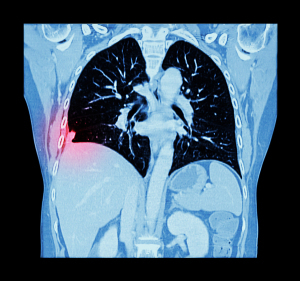 The agency says that lung cancer has resulted in 130,000 deaths in 2021, which surpasses deaths due to colon, breast and prostate cancers combined. It also says that high-profile lung cancer trials have shown the advantages of CT screening.

In addition to lowering the age for screenings, it plans to reduce the eligibility criteria from 30 pack-years (30 cigarettes smoked per day for the past three decades) down to 20. The policy changes are supported by recommendations made in March by the U.S. Preventive Services Task force.

“The evidence is sufficient to conclude that broadening the eligibility criteria for lung cancer screening with low dose CT is reasonable and necessary for the prevention or early detection of illness or disability and appropriate for Medicare beneficiaries under conditions established in this [national coverage determination],” said CMS in a statement.

The Task Force said in its final recommendations earlier this year that lowering the age and packs-history for LCS eligibility would nearly double the number of people eligible for screenings to 15 million. The changes would especially benefit the Black community, which has a higher risk for lung cancer compared to whites, despite smoking fewer cigarettes, as well as for women, who also smoke less than white men.

A study by Kaiser Permanente published in JAMA Network in October on the USPSTF guidelines estimated that modeling LDCT guidelines after USPSTF’s recommendations could increase the pool of patients eligible for screenings by 54%. It would also increase the number of women, racial and ethnic minority groups and those with lower socioeconomic status who were eligible.

The GO2 Foundation for Lung Cancer, Society of Thoracic Surgeons and the American College of Radiology expressed their support back in March for changing the national coverage determination guidelines. This, along with UPSTF’s evidence, led the agency to launch a coverage review back in May and is expected to have a decision made by November, and to complete the process by February 2022. In addition, CMS recently announced plans to increase the rate for outpatient lung cancer screening by more than 37%.

Harold Wimmer, president and CEO of the American Lung Association, says screening is the only tool capable of catching the disease early when it is more curable. “Unfortunately, only 5.7% of people who are eligible have been screened, so it’s important that we talk with our friends and family who are at high risk about getting screened.”

The federal government is seeking comments on the proposal and plans to respond to any input in a forthcoming final decision memorandum.