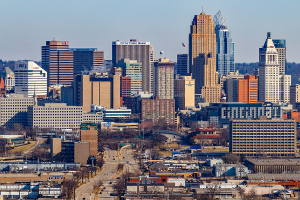 The new ambulatory campus will cost more than $30 million to construct and be located near its headquarters, which is in an area that the company CEO has called a “medical desert,” according to WKRC Local 12. Designed to be two stories high with an area of 55,000 square feet, the facility is expected to be completed by mid-2023. Recruitment is already underway to bring in 18 to 20 primary care providers.

Patients will have access to specialty care services in cardiology, general surgery, physical medicine and rehabilitation, orthopedics, obstetrics and other areas. Outpatient services for lab, X-ray, CT and cardiac testing will also be available, along with urgent care seven days a week.

"Increasingly, healthcare is shifting from the acute care setting in hospitals into the ambulatory setting, and, in many ways, even into the home setting," said Mark Clement, president and CEO of not-for-profit TriHealth, in a statement.

A large portion of the company’s care consists of outpatient services, which makes up approximately 75% of its revenue. Nearly all patient care is carried out as ambulatory or outpatient encounters, according to Modern Healthcare. https://www.modernhealthcare.com/providers/trihealth-construct-30m-ambulatory-campus-underserved-community

To prepare for the center, TriHealth has started investing in a centralized network, value-based care models and evolved primary practices to manage patients’ chronic conditions and address rising risk factors.

The center will be TriHealth’s 13th major ambulatory campus in Greater Cincinnati and will complement the consolidation of three primary care practices in nearby locations.

TriHealth is the second largest healthcare employer in Cincinnati and has a workforce of 14,000 in more than 140 care sites and six hospitals, including Good Samaritan and Bethesda North Hospitals. It tends to 600,000 patients, about half of which are part of a value-based payment arrangement.

Earlier this month, UC San Diego began a 15-year construction project as well, to renovate its entire Hillcrest medical campus for $2.5 to $3 billion. The campus will have new facilities and technology built to increase capacity and expand care. The first phase will focus on the construction of a 250,000 square-foot outpatient pavilion that is expected to open in 2025 and will house specialty clinical programs.

Additionally, UC, Irvine and UCI Health are building a $1.3 billion 144-bed acute care hospital that will include an emergency room, an outpatient Center for Advanced Care for primary and specialty health services, a Center for Children’s Health and the Chao Family Comprehensive Cancer Center and Ambulatory Care building. It will work with the UCI Health primary care network in Orange County, making it the first healthcare system in the region to have the support of a premier academic U.S. research institution.

Plans for the new medical campus are still being finalized.