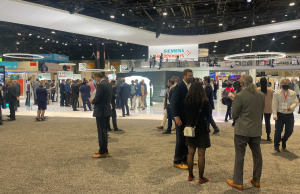 From the March 2022 issue of HealthCare Business News magazine

Radiologists experiencing burnout are at greater risk of leaving the profession. With medicine projected to lose up to 122,000 physicians by 2032, according to the AMA, and pre-pandemic radiologist openings up by a third, a panel at RSNA 2021 made the case that practices need to be taking preemptive steps to retain mid-career radiologists.

The panel presented a wide range of insight and strategies in a session titled “Engaging the Mid-career Radiologist: Challenges, Retention, and Opportunities."

Some of the mid-career angst has its roots in advancing technology, according to Dr. Brent Joseph Wagner, a radiologist in Reading, Pennsylvania, and the executive director of the American Board of Radiology. He said the increased volume is driven by the increased capability of faster imaging technology intersecting with increasingly understaffed departments.

“Especially for radiologists like me, getting on into that mid/late juncture is the increased rate of urgent cases,” he said. “There was a time not too long ago where the rate-limiting step in a call shift was the speed of the scanner — the radiologist could keep up … [but] the scanners won. Now we can’t keep up.”

Keeping up with the rate of scanners is changing expectations about job satisfaction. Wagner cited a study noting that processing speed and memory decline in the 20s, requiring mid-career radiologists to rely more on their experiences.

“How are we going to get the work done?” he posed to the audience. “It brings us to this idea: what do you value more, income or time? There's going to be a difference of opinion [in a practice] on what you value."

He said one solution might be to give up some income to hire additional radiologists into the practice so that mid-career radiologists can have more time off.

Another speaker spoke of the signs to be aware of that could indicate a challenge for a mid-career radiologist, that amount to blind spots for practice/department leaders.

“The reason the mid-career is so challenging is that it doesn’t have the same distinctive benefits — you're not full of potential where great things are expected … you're past that phase. People have already started to identify how you operate, what your speed is, and what your skills are,” said Dr. Brandon Patrick Brown, a fetal and pediatric radiologist, Indiana University School of Medicine. “You’re also not at the end, where you’re emeritus … you’re revered. It’s sort of this no man’s land in the middle.”

Brown added that much of the inherent “thrill” of what radiologists do starts to fade in mid-career. He used placing a PIC line in a premature baby as an example. The first time, he said, a radiologist may wonder how they will be able to do it. After a few dozen cases, there is a thrill and satisfaction from being competent in such a specialized way. But eventually, after a hundred cases, the procedure becomes ordinary and is less fulfilling.
1(current)
2 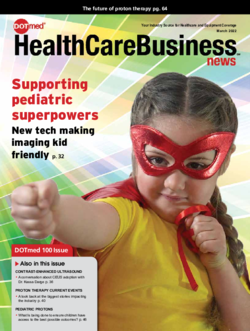