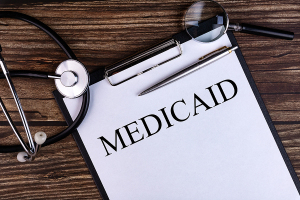 Expanding Medicaid did little to improve finances or care at critical access hospitals
One third of U.S. hospitals are critical access, meaning that they have fewer than 25 beds and are located more than 35 miles from the nearest hospital. While intended to make these hospitals more profitable or at least start to break even, a new study shows that Medicaid expansion has done little to make them financially better or able to provide better care than hospitals in non-expansion states.

The findings may pose a blow to the passage of the Build Back Better Act, a bill being considered by Congress that would increase healthcare subsidies and extend Medicaid-like coverage to low-income earning residents in states that opt not to expand Medicaid. Hospital groups have argued that its passage would not benefit hospitals in the 12 remaining states that did not expand Medicaid, according to Modern Healthcare.

"These findings support the argument that although Medicaid expansion may have had benefits for some hospitals, it is not a panacea for all of the challenges facing hospitals serving rural and underserved communities,” wrote the authors.

They chalked up the lack of progress to the fact that hospitals need lots of very expensive technology or services that often are not utilized. These are independent factors that might not be offset by an increase in Medicaid payments, according to Jeff Myers, senior vice president of market access and reimbursement strategies at Catalyst Health Care Consulting. "Critical access hospitals are, by their nature, away from everything else and have a very limited population of usage that doesn't allow them to spread those fixed costs over a lot of people."

Additionally, the researchers found that hospitals in states that expanded Medicaid had nearly identical scores for patient satisfaction, heart failure, pneumonia readmission and mortality rates as those in non-expansion states. This may be because such hospitals often treat patients with less access to primary care and communities dealing with greater social determinants of health challenges. Also, improvements in these areas tend to occur more when payers and hospital leadership work to improve quality, rather than just expand the number of insured patients, according to Modern Healthcare.

In addition to not changing the financial state or quality of care at critical access hospitals, Medicaid expansion may not get rid of all the challenges in cancer care delivery. A study in May of the National Cancer Database found that Medicaid expansion accelerated treatment timelines for patients but did not improve average delivery times for cancer treatments in hospitals that primarily serve minorities. The authors of this study say there is a need for additional reforms to support delivery of care in underfunded healthcare systems.

"Providing people with insurance doesn't necessarily ensure that they will get the care they deserve," said corresponding author Dr. Quoc-Dien Trinh, of the Division of Urologic Surgery at Brigham and Women's Hospital, at the time.