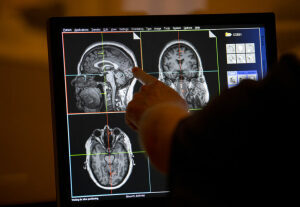 One in six people worldwide will be afflicted by a neurological disease like Alzheimer’s disease, Parkinson’s disease, multiple sclerosis, stroke or epilepsy.

Now Cleveland Clinic’s Neurological Institute has launched a first-of-its-kind 20-year study aimed at finding out why some fall victim to such disorders — and pinpointing disease biomarkers well before clinical symptoms appear.

Modern medicine has made progress in managing such disorders, but “whenever we make the diagnosis of any neurological disorder, it’s usually too late to do anything to stop the disease, and it’s certainly impossible to reverse it,” one of the study leaders Dr. Imad Najm told Parade.com. “We wanted to find a way to be able to know who among us will develop certain neurological disorders.”

The second step is prevention. “We are like almost always running after these diseases, and we are seeing the patient's condition deteriorating with time, and the family is agonizing around the patients, seeing their loved ones losing their ability to think, to talk, to walk, and we cannot do much,” Najm told News 5 Cleveland.

“A person shows up in the late afternoon or early evening and we give them a retina scan, because some studies show that any changes in the retina may happen earlier than changes in the brain,” Najm outlined to Parade. “Then we do an MR scan of the brain, and after dinner we put them up in a hotel across the street from our main hospital, where they will undergo brain wave recordings overnight, so we’ll understand what’s going on there.”

After breakfast, they’ll draw blood “because what’s going on in our microbiome or gut can be indicative of what’s going on elsewhere in our body,” Najm added. “Then we do a full neurological exam and look at sensations, movement and speech. We’ll record their speech, because there is some evidence that a change in the voice can happen one, two or three years before the appearance of Alzheimer’s or Parkinson’s. Then we’ll do a psychological assessment to understand thinking processes and cognitive function. We’ll also check their heart function with an echocardiogram and an electrocardiogram.”

“Our hope is to change the course of neurodegeneration, with the long-term goal of curing diseases in their earliest stages, years before symptoms are even seen,” study leader Dr. Andre Machado, chair of the Neurological Institute and the Charles and Christine Carroll Family Endowed Chair in Functional Neurosurgery, said in a statement.

Following healthy individuals over two decades and tracking brain and body changes will help the researchers get a better understanding and permit better targeting of therapies to counter such neurological diseases. “This is precision medicine in its best form,” said Najm. “We’re building a foundation to screen one person at a time — potentially with something as routine as a blood test — to diagnose brain disease on the spot and prevent it from happening altogether.”