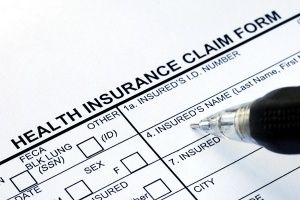 The pandemic caused a surge in enrollments to Medicaid and the Children's Health Insurance Program.

Now the security of such coverage — and the ability to pay hospital and healthcare bills — may be coming to an end for as many as 15 million people, and could cause a potential balance-due tsunami for health providers as the temporary loosening of the rules by federal and state governments are set to expire.

Over 12 million people came into the health care coverage programs during the epidemic, with enrollment hitting 83.6 million in July 2021, from 71.2 million in February 2020.

It was a big step for health coverage in the U.S.

With states set to go through their records and start throwing the “ineligible” off the rolls, estimates by the Urban Institute suggest that up to 15 million could become uninsured, of which almost 6 million are children.

“The higher enrollment is driven by two main causes: the unprecedented pandemic-related job losses concentrated in March to June of 2020 and the continuous coverage requirement of the Families First Coronavirus Response Act, which prohibits state Medicaid agencies from disenrolling beneficiaries during the public health emergency,” its report stated in September 2021.

While the Biden administration has granted a three-month extension to April 15, those running state programs are assuming that Medicaid cuts will start during the coming year. And the vagueness of the deadlines is just making the situation worse, say officials, making it even more likely that people will lose benefits who are eligible, just because the paperwork process will become rushed for all involved.

“That’s really one of the big risks, that people will be eligible but become unenrolled just because they don’t get the message and don’t know how to continue their coverage, and are just out of the habit, quite honestly, of doing renewals and redeterminations after almost two years,” Suzanne Bierman, administrator of Nevada’s Medicaid program, told Politico.

But the inevitable end of federal matching funds for Medicaid, in whatever quarter the health emergency is officially “over”, is forcing states to ponder how to handle the transition during which eligibility rules will tighten.

– Pennsylvania is smoothing the data transfer for those losing Medicaid and moving to an Affordable Care Act plan.

– Massachusetts is starting a $5 million outreach campaign to help with Medicaid redetermination and vaccines.

In D.C., Democrats have proposed keeping the extra Medicaid funding in the Build Back Better program — but that bill is in trouble in Congress and facing an uncertain future.

“There’s not a lot of runway here,” Utah’s Bureau of Eligibility Policy director Jeff Nelson told Politico. “It’s hard for us to not know what’s going to happen.”