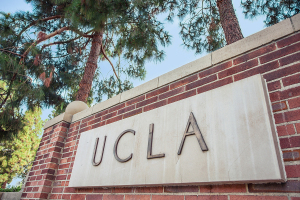 From 1983 until his retirement in 2018, Dr. James Heaps is alleged to have sexually abused and made inappropriate comments to patients while working at UCLA Health and the Arthur Ashe Student Health and Wellness Center. He is the subject of this and hundreds of other lawsuits brought forth by women, who say that UCLA failed to address the situation fast enough despite numerous complaints.

An investigation into his conduct by the university in 2017 revealed that the school did little to address his behavior despite repeated complaints from his patients, students and colleagues. UCLA chose not to renew Heaps' contract in 2018, prompting him to retire, according to The Los Angeles Times.

School officials said in a statement this month that Heaps’ alleged behavior was “reprehensible and contrary to the university’s values. "We reiterate our ongoing commitment to never tolerate sexual violence or harassment in any form. Allegations of sexual misconduct by any healthcare provider will be promptly addressed, and appropriate actions will be taken to ensure our patients are safe, protected and respected."

Heaps was arrested in 2019 and indicted in May by a grand jury on 21 criminal charges of committing sexual offenses against seven women, including sexual battery by fraud, sexual exploitation of a patient and sexual penetration of an unconscious person. His license to practice medicine has also been suspended, according to Modern Healthcare.

He has pleaded not guilty, and insists he acted appropriately, says his lawyer, Leonard Levine. “He adamantly maintains his innocence, and we are currently litigating the case in the court of appeal.”

Levine is seeking a writ to toss a grand jury indictment and dismiss the criminal charges against Heaps. If convicted, Heaps could receive up to 67 years.

The university just last year agreed to another settlement of $75 million for more than 5,000 patients. Many of the women who were rewarded in that settlement were cancer patients and alleged that Heaps groped them, used an ultrasound probe to simulate intercourse or made sexual comments during pelvic and breast exams at various times. He also was accused of recommending unnecessary procedures and overly frequent examinations and removing patients' clothes and gowns without consent, reported CBS Los Angeles.
1(current)
2