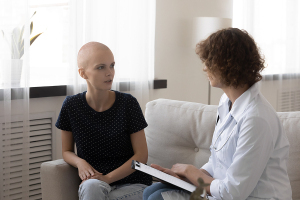 Half a million patients with suspected cancer are being forced to wait past the supposed two-week maximum to consult with an oncologist this year, according to the House of Commons Library. The cause is an overworked NHS service that has been stretched to the limit by the COVID-19 pandemic and staff shortages. This has raised concerns about not being able to provide immediate care and a debate on how fast hospitals can clear a backlog of a record six million cases.

Additionally, the number of patients with confirmed diseases who cannot start treatment within the 31 or 62 days that they are guaranteed by the hospital are expected to exceed 75,000 for the first time, according to The Guardian. Experts say that such delays could reduce a patient’s chances of survival, as well as cause them distress and anxiety.

“As this new analysis shows, terrifyingly large numbers of people are waiting longer than they should to receive vital cancer care and treatment with the insecurity of not knowing,” said shadow health secretary Wes Streeting, who was treated for kidney cancer last year.

To help reduce these numbers, the health and social care secretary has requested for research to be conducted to form a new 10-year plan to improve cancer care, speed up diagnosis and invest in effective new treatments.

In 2009, the Labour government introduced new targets for hospitals that in theory were expected to ensure patients received fast and timely care. Steering asked the Commons library to analyze the performance of the NHS against these targets.

In the study, 290,428 people who showed signs of cancer were unable to see a specialist last year between April and November within 14 days of being urgently referred. Among them were 91,896 possibly with breast cancer; 76,307 with suspected skin cancer; and 47,936 who may have had lower gastrointestinal cancer. The proportion of women with suspected breast cancer who were able to see an oncologist within two weeks fell to just 72.7%, the lowest of any recording, according to the study. “Ensuring that women with breast cancer get a prompt diagnosis and start treatment as quickly as possible gives them the best chance of survival,” said Delyth Morgan, the chief executive of Breast Cancer Now.
1(current)
2