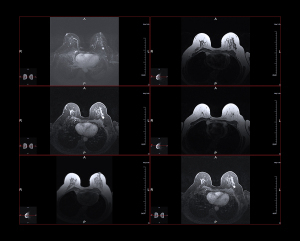 A team of researchers spread across the U.S. say that pathogenic variants in three genes — ATM, CHEK2 and PALB2 genes — are as prevalent as the more commonly known BRCA1 and BRCA2 gene mutations, and like them. Depending on the variant, women face a lifetime risk of developing breast cancer at 21% to 40%.

But screening these women has been challenging due to a lack of clinical trials to inform guidelines on when diagnostic exams should begin and how to screen. "The study supports the importance of testing appropriate women at a relatively young age so that they can benefit from MR screening. In general, we suggest testing women who meet NCCN criteria at around age 25-30," Dr. Mark Robson, senior author of the paper and chief of the breast medicine service at Memorial Sloan Kettering Cancer Center, told HCB News.

Robson and his colleagues evaluated risks and MR efficiency using established breast cancer simulation models. They input age-specific risk estimates provided by the Cancer Risk Estimates Related to Susceptibility (CARRIERS) consortium from more than 32,000 patients and a similar number who had no cancer. They also included recent published data for screening performance.

The simulations were from the Cancer Intervention and Surveillance Modeling Network (CISNET) and compared the combination of mammography and MR to mammography alone. They showed that getting MR annually as well as a mammogram was significantly better for patient outcomes. Additionally, it projected four false-positive screenings and one to two benign biopsies per woman for every 1000 scanned over a 40-year screening period.

Robson says one challenge for making screening at these ages more accessible is that women need to know ahead of time that they have a gene variant before being diagnosed. In most cases, genetic testing only takes place following a positive diagnosis. While too late to prevent the disease, such scenarios can help blood relatives of the patient seek out genetic testing for their own healthcare.

He adds that greater innovations in MR technology are necessary for this purpose too. "MR is expensive while also being time-consuming and sometimes physically uncomfortable for women. Shorter MR protocols may help address some of the challenges, but reducing cost would be helpful. Also, appropriate MR equipment may not be available near to a woman who needs one, so making it easier for women at risk to find a convenient MR facility would be helpful."

The researchers hope their study will help the National Comprehensive Cancer Network, the American Cancer Society and other organizations inform medical oncologists and radiologists on this cohort of patients.

The study was funded by the Breast Cancer Research Foundation, the National Institutes of Health/National Cancer Institute, the American Cancer Society, and the Patient-Centered Outcomes Research Institute.