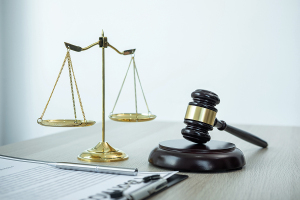 Point-of-care ultrasound manufacturer Fujifilm Sonosite has hit Butterfly Network with a patent infringement lawsuit, filed in the United States District Court for the District of Delaware.

Fujifilm maintains that Butterfly has violated seven of its U.S. patents, all of which are “fundamental technologies for acquiring ultrasound images at the point of care with portable handheld systems,” it stated. The patents cover a variety of aspects including use of a probe coupled to a mobile device, and parts of the GUI, processing and display of images.

"Fujifilm Sonosite is committed to protecting its significant investments in resources and R&D, and in bringing novel technologies to clinicians for the ultimate benefit of improved patient care," said president and COO Rich Fabian, adding that the action underscores that, "we will enforce and protect our intellectual property rights in the United States and around the world when we believe others infringe on it unfairly."

Butterfly developed Butterfly iQ, a transducer using semiconductor technology to perform “whole-body imaging” with a single handheld probe, and AI to generate quality images. It connects to a mobile phone or tablet, and is powered by Butterfly’s proprietary Ultrasound-on-Chip technology. The company launched the solution in 2018 and a follow-up solution, Butterfly IQ+ in 2020.

"While we do not actively comment on litigation, Intellectual Property is one of our core strengths and has been since Butterfly's founding. We are proud to have a robust patent portfolio with over 800 patents issued and pending. We are aware of the lawsuit and are prepared to defend against any claims," a Butterfly Network spokesperson told HCB News.

In mid-2020, Fujifilm Sonosite unveiled its Sonosite PX, a point-of-care ultrasound system that includes new proprietary imaging technology to enable advanced image clarity, along with a new family of transducers and an adaptable work surface.

In November 2020, Butterfly Network announced a merger with Longview Acquisition, a special purpose acquisition company, in a deal valued at $1.5 billion. The combination of the two was expected to increase adoption of Butterfly’s handheld ultrasound solutions. The deal closed in February, 2021.

A March report on the overall handheld ultrasound market by Fortune Business Insights noted that the market should grow, boosted by “the increased prevalence of chronic and infectious diseases, technological advancements and rising adoption of handheld ultrasound devices,” it stated.

The report noted that, according to the American Cancer Society, “in the U.S 80,000 new cases of bladder cancer are estimated to be recorded in the year 2019. Additionally, according to the American Cancer Society, it is estimated that there will be 1,735,350 new cancer cases diagnosed in 2018. These trends combined with the other factors are expected to positively drive the market growth.”