First proton therapy center in Connecticut to open in 2025 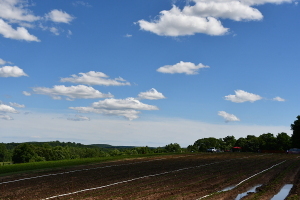 Wallingford, CT
Yale New Haven Health System and Hartford HealthCare are bringing proton therapy to Connecticut by building the first such facility in the state.

The two received final state approval to offer the “highly advanced form of radiation treatment for cancer” out of a 25,000-square-foot center that will be located at 932 Northrop Road in Wallingford, according to the Hartford Courant.

Because the dose is more finely controlled than with conventional radiation, proton therapy is more precise and produces scattered radiation. The technology can more accurately target and deliver radiation to tumors without significantly impacting surrounding, healthy tissue and thereby causes fewer side effects in patients. The United States currently is home to 40 proton therapy centers in the U.S., according to the National Association of Proton Therapy. Only a handful in the Northeast are nearby to Connecticut.

The facility will be called the Connecticut Proton Therapy Center and will open in 2025.

“This newly established partnership will not only provide our patients and our communities access to proton therapy — one of the most clinically advanced radiation treatments in the world, but it will make Connecticut a ‘world-class’ destination hub when it comes to state-of-the-art cancer care,” said Hartford HealthCare president and chief executive officer Jeffrey Flaks, in a statement.

Proton International will manage the project and assist with technology selection, financing and construction. It will later oversee management and operation of the facility. The new center will include a treatment room, control room, exam rooms, and clinical space, with physicians and clinical staff brought in from YNHHS and HHC, as well as new staff.

Just as in Connecticut, a number of proton therapy facilities are in the works across the U.S. C-RAD, for instance, is supplying a surface image-guided radiation therapy solution at a center in Texas, which will be equipped with a Hitachi proton therapy system and four treatment rooms.

Mevion will be providing its S250i Proton Therapy System with HYPERSCAN Pencil Beam Scanning to another in Texas, the UT Health San Antonio Proton Therapy and Research Center. It will be the first proton therapy system in San Antonio and South Texas.

The aim of building these centers is to expand access to PT treatment, which many patients would benefit from but are unable to undergo due to living too far away and being unable to take time off to visit a facility for care. Instead, they must undergo traditional radiotherapy, which carries higher risks of short-term and long-term side effects that can impact their quality of life.

“We are grateful that the state recognized the value of this technology to residents of Connecticut and the importance of this unique collaboration,” said Yale New Haven Health CEO Christopher O’Connor.