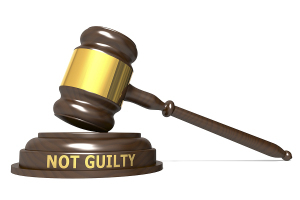 Dr. William Husel, 46, was alleged to have prescribed at least 500 micrograms of the painkiller, fentanyl, for patients at Mount Carmel Health System in Columbus. Prosecutors said ordering such high doses in nonsurgical situations was evidence of his intent to kill, reported The Associated Press.

If found guilty of just one count, Husel faced a sentence of life in prison with parole eligibility in 15 years. His attorneys said he was trying to comfort the dying patients. One of them, Jose Baez, said the prosecutors did not have “a shred of evidence” to back up their claims.

Jurors deliberated for six days before casting a verdict of non-guilty. Franklin County Judge Michael Holbrook upheld the ruling. “I’m deeply saddened that William had to go through this,” said Baez during a remote news conference following the verdict. He called Husel an “incredible doctor” and said he and his family are “incredibly relieved the nightmare is over.”

Following an investigation, Mount Carmel Health System fired Husel after concluding that his excessive prescription orders resulted in the deaths of about three dozen patients over several years. While Husel’s colleagues who administered the medications were not charged, the hospital said it fired 23 nurses, pharmacists and managers and referred various employees to their respective state boards for possible disciplinary action.

Initially charged with 25 murder counts, the judge dismissed 11 of these in January. The remaining 14 referred to patients who died between May 2015 and November 2018. Their ages ranged from 37 to 82.

The trial began on February 22, with the prosecution resting March 29 and the defense on March 31. During this time, prosecutors called on 53 witnesses to testify, including medical experts who said Husel ordered up to 20 times as much fentanyl as necessary to control the patients’ pain. One physician, Dr. Wes Ely, a professor of medicine at Vanderbilt University, said that doses in some cases could “kill an elephant".

David Zeyen, an assistant Franklin County prosecutor, told jurors that regardless of how close a patient is to dying, it is illegal to accelerate their deaths.

An anesthesiologist from Georgia was called by the defense and testified that the patients died from their medical conditions and not the doses prescribed by Husel.

Prior to their deliberations, Judge Holbrook told jurors that they could also find Husel guilty of the lesser charge of attempted murder instead.

In a statement, the Franklin County Prosecutor’s Office acknowledged the final judgment for the case. “We accept the jury verdict.”

The healthcare system has so far reached settlements that together total more than $16.7 million for the deaths of at least 17 patients. More lawsuits are pending.