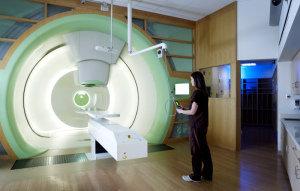 Only 0.3% of Black cancer patients received PBT, compared to 0.5% of white patients.
Despite seeing an increase in the use of proton therapy, access is still a challenge for certain patients, particularly Black patients.

In two respective studies, the American Cancer Society found that applications of proton therapy increased nationwide between 2004 and 2018 for all eligible cancers, but found that Black people were less likely to receive the treatment, especially for cancers that PBT is recommended for over photon-based radiotherapy. Compared to 0.5% of white patients, only 0.3% of black patients were treated with PBT. And while the study did not evaluate disparities among other racial groups, previous studies have also shown limited access for other racial minority groups.

The racial disparity only grew as the number of facilities offering PBT in the U.S. increased and was not eliminated after additional matching on socio-economic status or health insurance coverage type.

“We found that income and health insurance coverage type contributed to, but did not completely explain, the racial disparity in access to care. Other factors that may contribute to this disparity that we were not able to evaluate include provider implicit bias, institutional practices and referral patterns,” Dr. Leticia Nogueira, senior principal scientist of health services research at the American Cancer Society and lead author of both studies, told HCB News.

Using the National Cancer Database, which collects treatment information on over 70% of cancer patients, the scientists assessed nearly six million patients. Patterns were studied using policies issued by the American Society for Radiation Oncology. These policies list cancers that PBT is recommended for, and for which its efficacy is still being investigated.

PBT in the U.S. increased overall for newly diagnosed cancers from 0.4% in 2004 to 1.2% in 2018. Those with private health insurance most commonly received PBT for the recommended radiation treatment. Medicare beneficiaries were the most likely to undergo it for cancers that PBT is still being evaluated for as a treatment.

Nogueira says that more efforts are needed to increase access for all groups than just creating more facilities where PBT is available. “Evaluating institutional policies and practices, clinical trial enrollment, workforce diversity and cultural competence are some potential ways providers can help reduce disparities in access to proton beam therapy.

She notes that she and her colleagues did not evaluate potential interventions in their study.

One way to create more equal access among patients of different racial groups is to establish strategic partnerships, which help expand PBT into new geographic areas, according to Dr. Curtiland Deville, associate professor of radiation oncology in Johns Hopkins School of Medicine and medical director of the Johns Hopkins Proton Therapy Center. "I think proton centers and health systems and departments entering this arena should have an awareness that you are starting with this limited resource and technology, which inherently poses a challenge in ensuring access," he told HCB News in 2021. "It's important to think intentionally and creatively about pathways for all patients to access this unique treatment."

The ACS studies were published in JAMA Network Open.