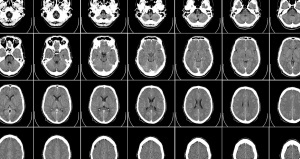 Jorge Cardoso, a researcher in AI for medical imaging at King’s College London and CTO at the London AI Centre, is hosting the images with the national repository, Health Data Research UK. He hopes the donation will help other medical imaging specialists derive insights to better understand dementia, aging and other brain conditions.

Synthetic data mimics real-world observations and with AI, can be used to create images of any type of brain. The images carry key biological characteristics and look and function like real brains.

Cardoso says access to them is important, as scans are often only available in large hospitals due to patient privacy concerns. Additionally, information in these images is limited as they primarily reflect the demographics that a hospital serves rather than broader populations. “In the past, many researchers avoided working in healthcare because they couldn’t get enough good data, but now they can,” he said in a statement.

Cardoso and his team created the images with NVIDIA Cambridge-1, a supercomputer for breakthrough AI research in healthcare, and MONAI, an AI framework for medical imaging. A Cambridge-1 has 640 NVIDIA A100 Tensor Core GPUs, each of which can process one or two large images made of 16 million 3D pixels. MONAI, meanwhile, accelerates production 10 times faster.

Both solutions were used to create an AI factory of synthetic data that the team used in hundreds of experiments to determine the best AI models and run inference to produce images. It also used cuDNN and the whole NVIDIA AI software stack.

The scientists are currently working to produce 3D images of other body parts for any medical imaging modality to determine what types of synthetic images (MR, CT or PET) are most useful. “There are so many different things we can start thinking about now,” said Cardoso.