High spending on cancer care in US not yielding superior outcomes 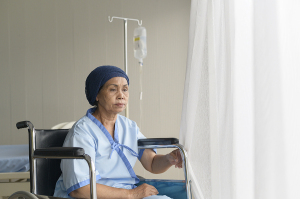 Overspending on cancer care may not necessarily reduce mortality rates.
Spending two times more than other countries on cancer care has done little to reduce the chances of dying from these diseases in the U.S.

The U.S. spends more than $200 billion ($600 per person) on cancer care annually, far surpassing the average $300 per person spent by other high-income countries. But in a new study, researchers at Yale University and Vassar College say this does little to change mortality rates among cancer patients. Compared to 22 other nations, they found that the amount the U.S. spent did not correlate with population-level cancer mortality. In fact, Austria, Finland, Iceland, Japan, Korea and Switzerland all spent less and still had fewer deaths.

Lead author Ryan Chow, an M.D. and Ph.D. student at Yale, told HCB News that the study illustrates that spending more on cancer care does not necessarily result in better outcomes. "Overspending on treatments — some of which are highly effective, some of which offer uncertain or negligible benefit — means that we have less money to spend on screening and other prevention strategies."

Overspending raises costs, which in turn leads to higher insurance premiums for both cancer and noncancer patients. This creates disparities and can negatively impact people who are unable to afford care, says Chow. And with the country spending more than $4 trillion on healthcare, it has fewer funds for other important services.

The authors say high spending is due to lax regulations for cancer drug approvals and drug pricing. They also found that smoking, the strongest risk factor contributing to death from cancer, did not change mortality. Despite having historically lower smoking rates, when accounting for international variations, U.S. cancer mortality was on par with that of the average high-income country. In fact, Austria, Finland, Iceland, Japan, Korea, Luxembourg, Norway, Spain and Switzerland all had lower smoking-adjusted cancer mortality rates.

Chow says the U.S. can learn from other countries about managing healthcare spending and investing in cancer care. “We need to improve prevention efforts (so there are fewer cancers), generate better evidence about what works and what doesn’t (so we’re only spending money for treatments that actually will help people) and negotiate so that the costs of therapies are proportionate to their benefits.”

The findings were published in JAMA Health Forum.