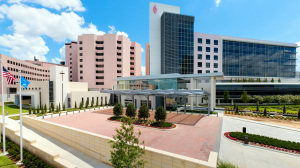 Armed with an AR-15 rifle and a .40-caliber pistol, Michael Louis, of Muskogee, began shooting in the hospital’s orthopedic clinic on June 1 around 4:30 p.m. Police were called and arrived around 5 p.m., according to Tulsa World.

Among the victims was Dr. Preston Philips, a surgeon whom Louis blamed for ongoing back pain he experienced following a May 19 procedure. The others included Dr. Stephanie Husen, hospital receptionist Amanda Glenn, and William Love, a visitor who was with a patient and helped an injured person escape. "They stood in the way, and Louis gunned them down," Tulsa Police Chief Wendell Franklin told Tulsa World.

In a statement, Saint Francis Health System said it is “grieving the loss” of all four victims. “As a faith-based organization, the only recourse we have at this moment is to pray while we navigate this tragedy.”

Louis purchased the AR-15 one hour before the shooting and the pistol on May 29, said investigators. The hospital was locked down but has resumed normal operations. Family members of those affected were reunited with them at Memorial High School.

The shooting comes a week after another at a Texas elementary school in Uvalde left 19 children and two adults dead. A May shooting in Buffalo also left 10 Black people dead.

Shootings are also rising in hospitals. Hours before the Oklahoma tragedy, an Ohio security guard was shot dead by a jail inmate being treated at Miami Valley Hospital, reported the Dayton Daily News. The inmate grabbed the guard’s gun and shot him. He later shot himself.

In October, a nursing assistant at Thomas Jefferson University Hospital in Philadelphia shot and killed his co-worker with an AR-15. The man’s widow and their three children are suing the facility, alleging that “systemic security failures” allowed the shooting to take place.

In the wake of the shooting, Oklahoma Governor Kevin Stitt released a statement offering "any state resources" to Tulsa officials.