Contrast media crunch continues, as production races to ramp up 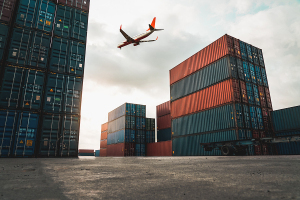 The contrast media crunch continues to hobble the delivery of needed healthcare imaging, an FDA official stressed to a Senate committee in late May.

The present shortage of contrast media is “just unbelievable,” said Dr. Robert Califf, the commissioner of the U.S. Food and Drug Administration, according to the New York Times.

“In the wealthiest nation on Earth, there should be no reason doctors are forced to ration lifesaving medical scans to compensate for a shortage of material,” stressed Representative Rosa DeLauro, Democrat of Connecticut, according to the newspaper. “We are seeing supply chains break down because of consolidated industries experiencing manufacturing shortages and offshoring American jobs to China.”

At present, China remains the major hope for combating the shortage. And in a recent update, GE Healthcare stated that it “expects production capacity from its Shanghai facility to be close to 100% starting [Monday June 6], following the easing of local COVID restrictions.”

The return to normal levels of production, should “enable us to restabilize our global supply of iodinated contrast media,” the company noted.

GE continues to work with local authorities to boost production, which returned to 60% by May 21, 2022. The company is also expanding production capacity at its Cork, Ireland, facility — and streamlining product delivery by adjusted logistics when possible from sea to air.

The scramble to deal with contrast shortages has not only forced providers to seek workarounds for — or just delay — optimal imaging, it has also led to a broader examination of supply chain issues, according to Nancy Foster, vice president of quality and patient safety policy at the American Hospital Association.

"There are a lot of conversations underway at the national level about how you appropriately diversify sources of critically needed supplies so that a weather event, a political event, something else that happens does not wipe out your ability to have access to that supply" Foster noted, adding that this latest challenge underscores that, “we need a coming-together of all the manufacturers, the providers, the federal agencies to think through: How do we create that more resilient supply chain?”

One potential way forward is to expand supplies from international providers, such as Milan-based Bracco Imaging. It has begun working with the FDA in order to import a contrast that is “widely used in Europe and fifty other countries, which is not yet approved in the United States,” according to a company statement.

Bracco has not been hit by the China supply problem like GE, and has tried to help meet the need. “We are already adopting serious steps to help guarantee that we can meet demands and inquires with a reliable supply of contrast media to support non-Bracco customers for critical emergency procedures,” Fulvio Renoldi Bracco, vice chairman & CEO of Bracco Imaging, advised in a May 27 company statement.