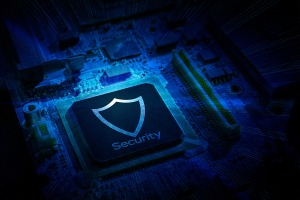 Based in Massachusetts, the provider offers MR, PET/CT and ambulatory surgical services at 30 New England locations. Investigating suspicious activity found on its computer system on March 28, it discovered an unauthorized party gained access from March 7 to 21, reported HealthITSecurity.

Shields reported the attack to the U.S. Department of Health and Human Services and notified affected individuals on May 27. “Upon discovery, we took steps to secure our systems, including rebuilding certain systems, and conducted a thorough investigation to confirm the nature and scope of the activity and to determine who may be affected,” it said in a notice on its website.

It also provided a list of facility partners that may have been impacted, which included Tufts Medical Center, UMass Memorial, and other New England healthcare facilities. It says it will continue to “review and further enhance” its protections.

Additionally, Shields investigated a security alert on or around March 18 but could not confirm at the time if this was data theft and did not specify if it was the same incident, according to legal daily news source JD Supra.

Providers saw a 121% increase in malware attacks, with a 71% year-over-year increase, and a rise in ransomware in 2021, according to SonicWall’s 2022 Cyber Threat Report. Such attacks are becoming more sophisticated and being backed by powerful supporters.

FBI director Christopher Wray revealed on June 1, 2022 that hackers backed by the Iranian government infiltrated Boston Children’s Hospital last summer and disrupted services. Wray called it “one of the most despicable cyberattacks I’ve seen,” and emphasized the need for greater collaboration between the U.S. government and the private sector to thwart these threats.