Inequities could triple U.S. healthcare spending to $1 trillion by 2040 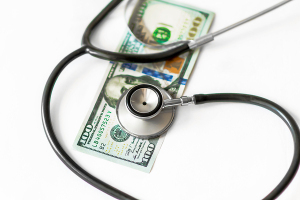 Inequities create avoidable costs and financial waste and today cost the country approximately $320 billion per year. Historically underserved communities have been disproportionately impacted. American taxpayers currently pay $1,000 annually but this could change to over $3,000 in the next 18 years, says a new report by professional services network Deloitte.

The company developed a model comparing healthcare spending and inequities among several high-cost diseases, accounting for impact of race, socioeconomic status, and sex and gender. It says that solving these issues will require providers and medical businesses to intentionally design operations around an equitable future and partner with one another.

"Health inequity impacts everyone, directly or indirectly. This problem is too great for one institution and organization to solve by itself. Solving this will require intentional collaboration,” said Andy Davis, principal of healthcare practice at Deloitte Consulting LLP, in a statement.

The model quantified spending caused by inequities in breast cancer, diabetes, colorectal cancer, asthma and cardiovascular disease. Factoring in populations that face multiple biases, it found, for instance, that disparities in diabetes make up 4.8% of spending, which adds up to $15 billion in unnecessary spending. According to the HHS Offices of Minority Health, Black adults are 60% more likely than whites to be diagnosed with diabetes and two to three times more likely to have associated complications.

To solve these challenges, the authors suggest the following: