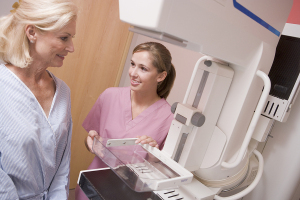 Lower proportions of stage II, III and IV breast cancer were found in Canadian women between 40 and 49 in provinces that performed annual mammograms, compared to those that did not. Fewer cases of stage II and III were also found in women between 50 and 59 in these same regions, according to researchers at the University of Ottawa.

The study is the first Canadian one to show the effects of different screening policies on women in these age groups.

“Women who are not screened in their forties are presenting with later-stage breast cancer in their fifties. This means more intensive treatment and a worse prognosis for these women than if their cancers were diagnosed at an earlier stage,” said co-lead author Dr. Anna Wilkinson, an associate professor in the Faculty of Medicine at the University of Ottawa.

Wilkinson and her colleagues assessed data on 55,490 women between 40 and 59 from the Canadian Cancer Registry. Following changes to Canadian guidelines in 2011 that recommend against screening forty-something women, stage I cancer incidents decreased by 13.6%, but those at stage II rose 12.6% for this age group.

Stage II cancer incidents increased 3.1% over the same period for fifty-something women. In provinces where annual screening is not available between 40 and 49, stage IV breast cancer rates rose 10.3% among those between 50 and 59.

More advanced cancer diagnoses lower chances of survival. The researchers found that the five-year survival rate for stage I breast cancer was 99.8%, compared to 23.2% at stage IV. This may indicate a greater need for more intensive treatments and surgeries for the latter.

The study was published in Current Oncology.