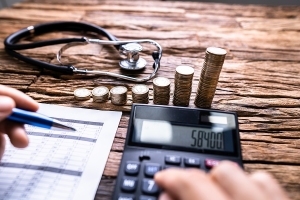 Enacted on January 1, 2021, the law requires providers to disclose five types of standard charges for all services in an accessible file, and have a consumer-friendly display of at least 300 shoppable services online, according to Axios.

In a study conducted in August 2021 by medical professionals at the David Geffen School of Medicine at the University of California, Los Angeles, only 20 of the 63 National Cancer Institute-designated cancer centers were found to be fully compliant. Two-thirds (42) provided some information on negotiated rates.

"What is less easy to convey in a quantitative fashion is how cumbersome most websites or files were to navigate," wrote the authors in their study.

Because cancer treatment is costly, price transparency is expected to help patients choose care options that are more affordable for them. But lack of compliance with the legislation reinforced worries that patients will continue to choose options that put them in high amounts of debt and even bankruptcy.

Right before the study was initiated, another by nonprofit PatientRightsAdvocate.org indicated that just over 5% of U.S. hospitals were complying with the law, with 80.6% not publishing payer-specific negotiated charges associated with the names of each third-party payer and plan, as required, and 51.6% failing to publish any negotiated rates at all.

In June 2022, Northside Hospital in Georgia became the first U.S. health system to pay a fine for violating the rule, and was charged over $1 million.

The law is meant to also crack down on unfair anti-competitive practices, especially among large hospitals that have monopolized the market through large-scale consolidations.

The authors acknowledge that they conducted their study only months after the law went into effect, and say that compliance is likely to improve over time.

The findings were published in JAMA Surgery.