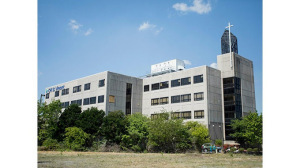 Sherwood Police Department Chief Jeff Hager told reporters at a news conference on September 28 that Raymond Lovett Jr., 24, had been arrested as a person of interest in the shooting of 21-year-old Leighton Whitfield earlier that morning at CHI St. Vincent North hospital. Authorities said that Lovett knew and targeted Whitfield, who was visiting a patient in the hospital at the time.

Whitfield died from at least one gunshot wound, while Lovett Jr. fled. Police found and arrested him within two hours of the incident, according to local CBS affiliate, THV11.

"Our prayers go out to our patients, their families, our heroic coworkers and their families," said Chad Aduddell, CEO of CHI St. Vincent, in a statement.

The shooting occurred on the fourth floor, according to hospital employees, with police tipped off at about 9:45 a.m. Officers initially reported on social media that they were responding to “an incident” before later calling it an “active shooter” situation.

The Little Rock Police Department confirmed in a tweet that it was tipped off about a potential suspect who was spotted shortly after 11 a.m. at Zimmerman's Exxon. There, officers found and “quickly” took Lovett Jr. into police custody.

Following the incident, CHI St. Vincent went into lockdown mode but lifted it later that day. Traffic cameras from the Arkansas Department of Transportation showed law enforcement blocking off streets near the hospital, and the iDrive Arkansas map system showed no signs of traffic around the facility.

Video from the scene also showed other agencies responding, including the Pulaski County Sheriff’s Office, Jacksonville Police Department, North Little Rock Police Department and the Arkansas State Police, and Agents with the Bureau of Alcohol, Tobacco, Firearms and Explosives.

A spokesperson for CHI St. Vincent North said the hospital is cooperating with Sherwood police in their investigation.