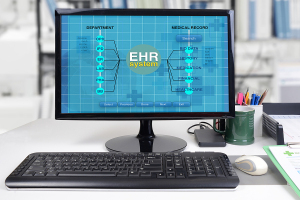 The Oracle-Cerner EHR issues may have affected the care of nearly 42,000 veterans, says the VA.
Ongoing problems with the Oracle Cerner EHR system may have interfered with the care of 41,500 veterans, the Department of Veterans Affairs has revealed.

Undersecretary for Health, Shereef Elnahal, told The Spokesman-Review on October 12 that the VA began mailing letters that day to veterans whose medications, appointments, referrals or test results may have been delayed because of the issues.

It expects all affected to receive their letters within two weeks. “Unfortunately, we discovered that safety concerns were voluminous enough and prevalent enough throughout the system that we had to disclose to 41,500 veterans that their care may have been impacted as a result of the system’s deployment as it is currently configured,” Elnahal told the newspaper.

The number represents a minority of all veterans enrolled for care at facilities that are using the new system.

Several problems have plagued the system, named Cerner Millennium, since the VA purchased it for $16 billion in 2016, including outages, training issues and financial problems.

A draft report leaked in July revealed that a glitch in the software created 11,000 unfilled requests that caused harm to at least 149 patients at its pilot location, Mann-Grandstaff VA Medical Center in Spokane, Washington.

A Freedom of Information Act request facilitated by FedScoop in August showed that almost 500 major incidents had led to at least 45 days of downtime at VA medical centers since its first installation in the fall 2020.

This led the VA to press pause on planned deployments this past summer in Seattle, Tacoma and Boise. It later announced in early October that no new installations would take place until June 2023.

In a statement, the department said that delaying it until then will allow it to “address challenges with the system and make sure it is functioning optimally for veterans and for VA healthcare personnel.”

Oracle acquired Cerner in June 2022 and has promised in congressional hearings to rewrite the EHR system as a cloud-based application that will fix these problems.