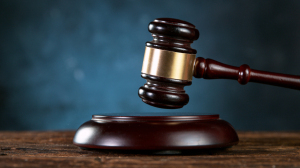 The man, who died from unrelated circumstances, underwent an electrocardiogram and MR imaging in 2016 at Glendale Adventist Medical Center after waking up “weaker than usual,” according to the news outlet, Human Resources Director.

The man was wearing ECG pads during the scan and came out with a burn on his abdomen. The MR technologist was not trained on the dangers of ECG pads in MR machines but did check him for metal and his medical history before the exam.

The patient filed a civil complaint in 2018, alleging that the hospital failed to screen him properly. Following his death, his estate took over the suit. The case is named Kruthanooch v. Glendale Adventist Medical Center.

During the trial, a diagnostic radiology specialist representing the estate said the hospital did not abide by industry or radiology care standards during screening, and that employees lacked proper training.

A reconstructive plastic surgery specialist who spoke on behalf of the hospital said performing an MR scan with ECG pads was within the standard of care and consistent with exams in outpatient surgery centers and hospitals. They said the pads did not cause the burns; that the actual cause was unknowable; and that the plaintiff had a history of ill health, including coronary artery disease and diabetes.

The jury awarded no damages but found the hospital failed to perform proper care, substantially harming the patient. It also said hospital leaders approved of the employee’s conduct, and that the estate proved recklessness, oppression or malice.

The hospital filed a motion, with the court ruling in its favor. It reasoned that the estate failed to prove recklessness in the legal sense of the term; that using ECG pads in the MR machine did not demonstrate subjective knowledge of a high degree of risk; and that the diagnostic radiology specialist described an objective standard rather than the employee’s subjective beliefs.

The California Court of Appeal for the Second District sided with the court judgment, saying that the estate did not show a caretaking or custodial relationship between the plaintiff and hospital, as required for neglect under the Elder Abuse and Dependent Adult Civil Protection Act.

It also did not prove that the hospital’s failure to properly screen the plaintiff constituted neglect, and that it was negligent for the provision of care but not failure to provide medical care.