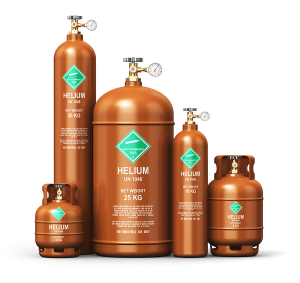 Helium shortages are on the rise and have led to allocations of the element among various industries, including for MR imaging.
Low helium levels across the globe have left healthcare stakeholders worried about the implications for MR scans, and the patients who need them.

With a boiling point of -452 degrees Fahrenheit, liquid helium is the coldest element on earth and used to keep MR magnets cool and the magnetic current superconductive. For this, MR systems require some 2,000 liters of the element.

But because helium is a nonrenewable element, the current shortage has caused suppliers to curb how they allocate its use and how much to supply each customer based on their respective needs, according to NBC News.

“Helium is on allocation for sure,” said Donna Craft, a regional construction manager for Premier Inc. who contracts with helium suppliers for some 4,000 hospitals, told NBC News. “We’re probably not blowing up balloons in the gift shop anymore.”

Additionally, the war in Ukraine has made the situation more challenging, as the U.S. was relying on Russia up until this year to alleviate the burden of having such a tight supply.

The Eurasian country recently constructed a new facility out east that was supposed to provide nearly one-third of the world’s helium. A fire last January halted production there, and while it could still reopen any day, the war has stopped trade for the most part between it and the U.S.

As a result, four of five major U.S. helium suppliers are prioritizing healthcare providers because of the important need for MR imaging and reducing amounts distributed to other, less essential customers.

Despite this, providers are still facing challenges with the shortage, especially from the alarming rise in the cost for helium, which has risen as much as 30%.

While they have not canceled appointments or shut down MR machines, Ioannis Panagiotelis, chief marketing officer for MR at GE Healthcare, says that "every industry and hospital with an MR system has been affected.”

The predicament has raised questions about future reliance on MR imaging, with radiology experts saying that its 3D images are irreplaceable.

“It’s central to many things we do in modern medicine,” Dr. Scott Reeder, chief of MR at the University of Wisconsin School of Medicine and Public Health, told NBC News.